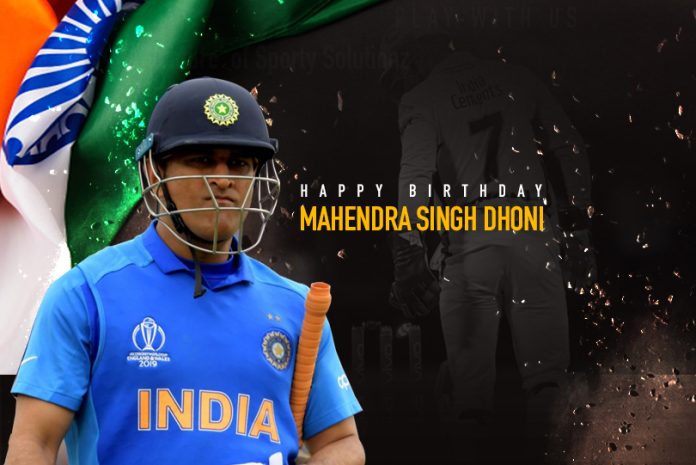 Team India top wicket keeper batsman’s Mahendra Singh Dhoni (MS Dhoni) turns 39 years. MS Dhoni has made a different and special identity in the Indian Cricket by his superb and remarkable games. On his birthday, Insidesport.co has brought to its readers some interesting and magnificent facts and records that are knocked out by Captain Cool

9 Ms Dhoni 1St Love- Dhoni said “I love my country, I tell my wife she is only the third most important after my country and my parents, in that order,” . For Dhoni has always maintained that the Army is his first love

22 MS Dhoni reached the golden mark of 200 ODI matches as a captain. MS Dhoni also became the only 1st Asian captain and third overall to have captained his ODI side in 200 or more matches

23 MS Dhoni has hit the most international sixes as captain

26 MS Dhoni Test Highest score – Ms Dhoni’s 224 against Australia in the Chennai Test in 2013 is the second highest score by an Indian captain.

28 IPL Final -MS Dhoni is the only cricketer to feature in Ninth IPL finals. MS Dhoni has won the tournament thrice with Chennai Super Kings in 2010, 2011 and 2018

29 MS Dhoni Most catches – Ms Dhoni broke the world record for most catches by a wicketkeeper in T20 cricket, in 2018

30 MS Dhoni and bike – MS Dhoni is a big motorcycle lover with his garage filled with exotics, vintage motorcycles and some superbikes as well.  Mahendra Singh Dhoni’s passion for motorcycles goes back to his early college days when he used to ride a Rajdoot and over the years, he has added some very enticing possessions to his collection.Yamaha RD350 was Ms Dhoni’s first bike.

32 MS Dhoni is the second Indian captain to win his first Test at both, home and abroad

34 Ms Dhoni is the only captain in the history of Cricket to win all ICC trophies.