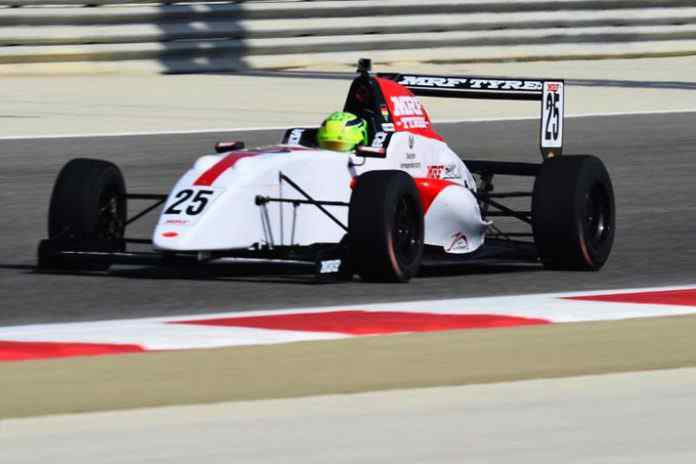 The Indian based series, which features Formula 3 style cars, is developed and promoted by tyre giant MRF Tyres. It continues to be the only Indian based series racing not only internationally, but also at F1 venues. Both Bahrain and Abu Dhabi are on the Formula One calendar with the latter playing host to the F1 finale in in November.

Mr. Arun Mammen, Managing Director, MRF Tyres, commented, “We are extremely excited to announce the launch of the sixth season of the MRF Challenge. It is very rare for championships to go down to the wire but last year saw the eventual winner clinching it on the final lap of the final race. MRF Tyres thrives on the constant need to develop and innovate and this year’s car is another step forward from the previous season. We will continue to push the envelope to showcase India as a key hub for R&D and development in motorsport. Racing is in our DNA and we are thrilled to offer young drivers a platform to showcase their abilities. We provide drivers with identical cars so that talent plays a key role and this also helps drivers develop. This season features another exciting line-up and we are confident of some exciting wheel-to-wheel racing.”

The MRF Challenge 2017 F2000 car will feature an updated car. For the first time the car will have a Hewland 6-speed sequential gearbox with integrated dash and paddle shift system. The car will also feature advanced aerodynamics with underbody diffuser. The car is powered by a 2 litre Mountune Duratec engine with max power of 230 bhp and shod on MRF Z.L.O. tyres. The Formula 3 style car has been built by JA Motorsport in technical collaboration with Dallara, and is considered to be the fastest of its kind in Asia.

Mr. J Anand, Managing Director, JA Motorsports, commented, “For the sixth season of the MRF Challenge we have focused on making the cars even faster, while also ensuring it is more enjoyable for the drivers. Mr. Adrian Newey has been kind enough to share some thoughts with us for increasing the downforce with new diffuser design. We have also introduced paddle shift gearbox for the first time. This has been received well during testing so we are confident that the car can be even faster this year. The series has been gaining a lot of traction internationally so it is heartening to see an Indian series getting so much attention”