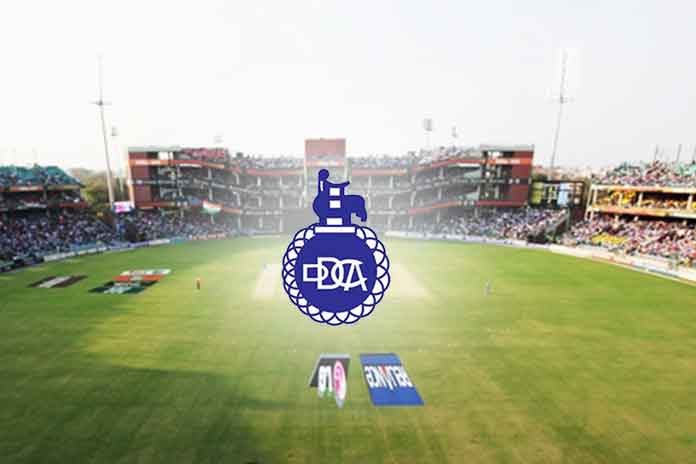 The Delhi & District Cricket Association’s director for first class cricket Sanjay Bhardwaj has challenged the amendments in constitution of the sports administrative body in the Capital.

Bhardwaj has written a letter to the BCCI Electoral Officer N Gopalswami that may also jeopardise DDCA’s participation in the Board of Control for Cricket in India elections and damage president Rajat Sharma’s aspiration to head the most powerful and rich cricket body in the world.

Bhardwaj in his letter to BCCI electoral officer N. Gopalaswami has pointed out that the DDCA did not fully comply with the BCCI constitution. The Committee of Administrators (CoA) had wrongly considered the DDCA fully-compliant even as the body did not fulfil all the criteria laid down by the Supreme Court in its order of August 9, 2018, Bhardwaj had stated in a letter.

In another letter to the three-member CoA, Bhardwaj has also asked some tough questions. InsideSport.co is in possession of the content of Bhardwaj’s letter to the CoA. “Enlighten me whether Hon’ble Supreme Court has approved the amended constitution of  DDCA with four of its executive committee members as Government nominees and its treasurer a sitting ( MLA) Member of Delhi Legislative assembly,” Bhardwaj has asked.

He had earlier also challenged amendments in the DDCA constitution to empower the Executive Committee to nominate the body’s representative for the BCCI elections. “Any amendment to the DDCA constitution can only be implemented after being ratified by the General Body,” Bhardwaj had told insidesport.co in spite of himself singning the amendments. “I was a signatory to those amendments. But my consent was conditional and under protest.”

In another mail to the BCCI Electoral Officer Bhardwaj has listed the areas wherein the DDCA has violated the order of the SC. “The previous Article of Association (AOA) of DDCA was amended as per the Hon’ble Delhi High Court’s direction/order dated 30/1/2017 and approved by the general body of DDCA in the last AGM held,” news agency IANS has quoted from Bhardwaj’s mail, further adding “later the BCCI was directed by the Hon’ble Supreme Court through its order dated 9/8/2018 to amend and implement its constitution and BCCI asked its associate members to adopt their respective constitutions on similar lines within 30 days. The DDCA amended and adopted its constitution in the apex council consisting of 16 members instead of the general body of 4300 members, this adoption process is illegal.

“Further, the AOA is not in line with the Hon’ble SC directions on many accounts: The Treasurer of DDCA, an office bearer is a sitting MLA (member of legislative assembly of Delhi) whereas section (D) of clause 6 (5) of para 37 of the Hon’ble Supreme Court judgment dated 9/8/18 disqualifies a person who is a minister or a govt servant or holds a public office.

“There should be 9 members in the apex council. Instead, DDCA has 16 members. Out of the 16 members of the apex council, 4 members are govt nominees which is against the spirit of Lodha committee recommendations.

“As per the directions of Hon’ble Supreme Court, the associations out of the 9 members should have 1 male cricketer and 1 female cricketer from the players’ association of the state whereas DDCA has none.

“The name of DDCA’s representative for the BCCI should have been approved in the general body meeting but it has been approved by the apex council which is not authorised to do so.

“So on what basis the DDCA has been put in the category of “fully compliant” associations even after not fulfilling so many conditions of the Hon’ble Supreme Court directions/orders dated 9/8/19, which is law of the land,” the letter read.

The DDCA director has asked the Electoral Officer to look into the matter and take appropriate action.

DDCA life member and veteran journalist Prabhu Chawla has reportedly also requested the Electoral Officer to revert to the issues raised by Bhardwaj.

Meanwhile, Bhardwaj has also challenged the DDCA president to call a General Body meeting to ratify the agreements. “The DDCA president in the past 21 months has not got a single order in his favour from the District Courts, High Court or the Supreme Court. He is not affected as lawyers’ bills are being paid by the DCCA from the money that is meant for the sport and the sportspersons,” says Bhardwaj.

Cricket and cricketers become the biggest sufferer as differences in faction-ridden DDCA have badly hampered the day to day functioning of the body where its elected secretary is rendered powerless for all practical purposes and directors are up in arms against the functioning of their own president.