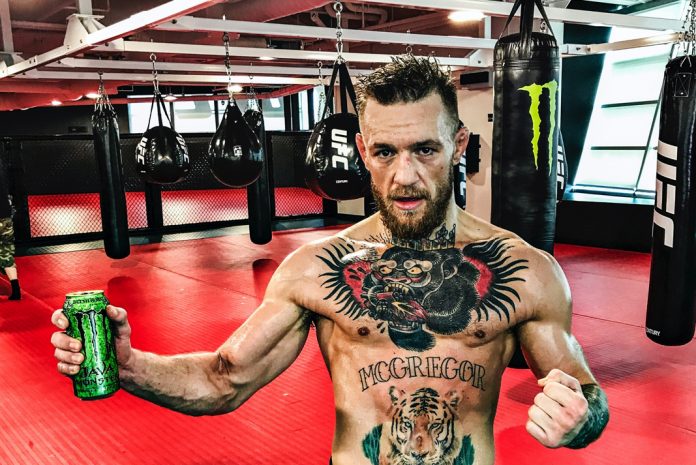 Monster Energy Drink has extended its sponsorship tie-up with MMA fighter Conor McGregor ahead of his ‘Fight of the Century’ with Floyd Mayweather on 26 August.

The company, which is 17%-owned by The Coca-Cola Co, announced that the renewed deal with McGregor forms part of Monster Energy’s MMA programme, which McGregor became part of two years ago.

The Monster claw will feature on McGregor’s shorts for the fight and his UFC title defense later this year, granting it significant reach.

To mark the new agreement, a 30-second ad featuring McGregor will air across “various digital platforms and on select television programming”.

“After two years as a Monster Energy UFC fighter, we are excited to continue our partnership with Conor McGregor as he prepares for the biggest fight in history,” said Marianne Radley, senior VP of marketing for Monster Energy. “His bold confidence, determination and aggression are synonymous with our brand values and we are proud to have him represent our company.”

McGregor, who is training in the UFC Performance Institute in Las Vegas for the Mayweather fight, also counts Reebok, Bud Light and Beats By Dre among his personal sponsors.