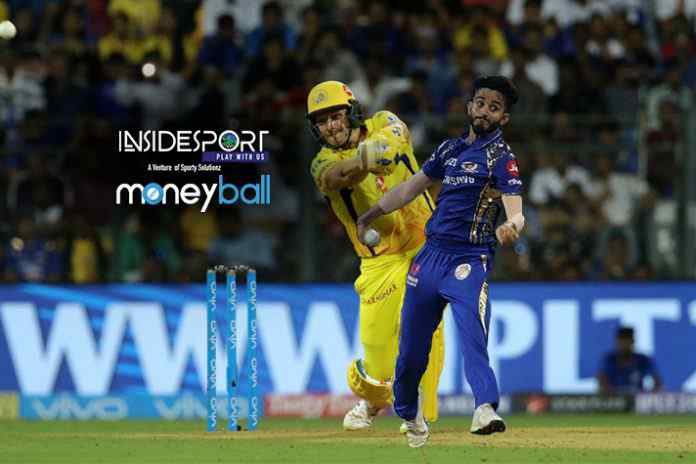 Shane Robert Watson. He has retired from international cricket. He is still not tired for the aggressive profession of the Indian Premier League. His salary graph over the past few years has declined. His value and impact are intact.

After two weeks of Indian Premier League 2018 action, the former Australian skipper and Chennai Super Kings veteran all-rounder has topped the IMPACT POINT for the season. Watson has rushed to the top spot, riding his 106 against his former franchisees Rajasthan Royals on Friday. With 175 runs during the season and six wickets, he has accumulated 235 points to top the IPL 2018 IMPACT POINT for the season. Followed by Kolkata Knight Riders Nitish Rana (208 IMPACT POINT) and the great Virat Kolhi (207).

What is IMPACT POINT?

Impact Point is a tool created by Moneyball, which rates players according to the impact of their performances in all aspects of the game. It takes into account every run scored, every wicket or catch taken. Even stumping, run-out by the players are taken into account.

How are IMPACT Points calculated?

Impact points are arrived at by applying a simple formula. Players earn 1 point for each run scored; 10 points for each wicket taken, 3 points each for a catch, stumping and run-out made.

What is Value for Money RANK?