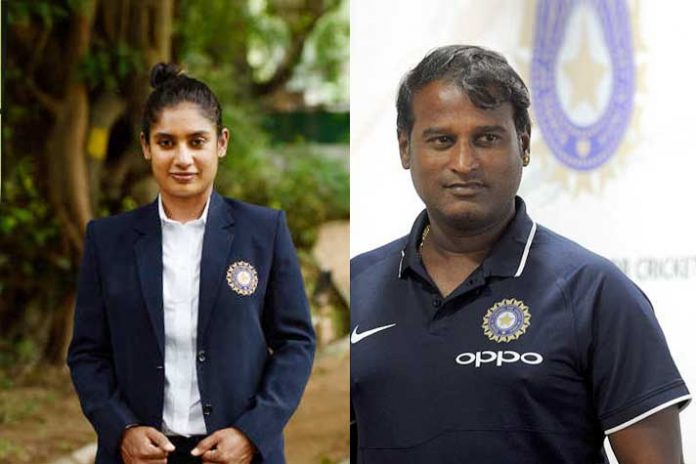 Mithali Raj threatened to retire midway through the World T20 after being denied the opening slot, Indian women’s cricket coach Ramesh Powar has alleged in his report to the BCCI which also accuses the senior player of throwing tantrums and creating chaos.

In the report, which is in possession of PTI, Powar presented his version of the events that led to the breakdown of his equation with the seasoned batter. Powar’s report comes a day after the Mithali alleged that the former spinner was out to destroy her and humiliated her during the tournament in the West Indies.

Powar’s 10-page tour report is almost entirely focussed on Mithali, taking up nearly five pages in all. He met BCCI CEO Rahul Johri and GM (Cricket Operations) Saba Karim at the Board headquarters in Mumbai on Wednesday to submit it.

“I hope Mithali stops blackmailing, pressurising coaches and putting her interest first than the team,” Powar said while summarising Mithali’s performance on the tour.

Powar said the decision to push her down the order was taken after due consultation with her but still led to a furore.

“Before Pakistan match, video analyst Pushkar Sawant came to my room and said that fielding coach Biju George has conveyed to him that Mithali is upset with batting order and packed her bags with announcement of retirement in the morning,” Powar wrote in his report.

“I was saddened by her attitude and it gave me an impression that Mithali Raj comes first and then India. She threw a lot of tantrums and created a lot of chaos,” he stated.

Mithali’s controversial dropping from the semifinal against England, which India lost by eight wickets, triggered a storm and the 35-year-old has said that the axing left her in tears.

Responding to Mithali’s charge that he asked her to not even show up at the ground for the league match against Australia, Powar said he merely asked her to rest at the hotel to recover from a niggle.

“She couldn’t understand her role and adapt to the team plan and played for her personal milestones,” the former Mumbai and India off-spinner wrote.

Powar also wrote that she couldn’t field outside the inner circle due to fitness issues and that her attitude affected the team’s preparations for the semifinals.

“Her irresponsible behaviour took my time away as I was supposed to speak with few players regarding preparations of all important semifinal match, which could not happen,” he alleged.

On Tuesday, Raj had also accused Committee of Administrators member Diana Edulji of bias. The ODI captain stated that Edulji used her position against her and made her feel vulnerable.

Edulji has not yet reacted to the allegations made by Raj. The 40-year-old Powar’s interim tenure comes to an end on Friday.

Even though he will be free to apply for the post when fresh applications are invited, there is little chance that he will be retained as his player management skills have come under the scanner due to this incident.
Also Read: Hurt, anguished Mithali breaks silence; slams Diana and Powar