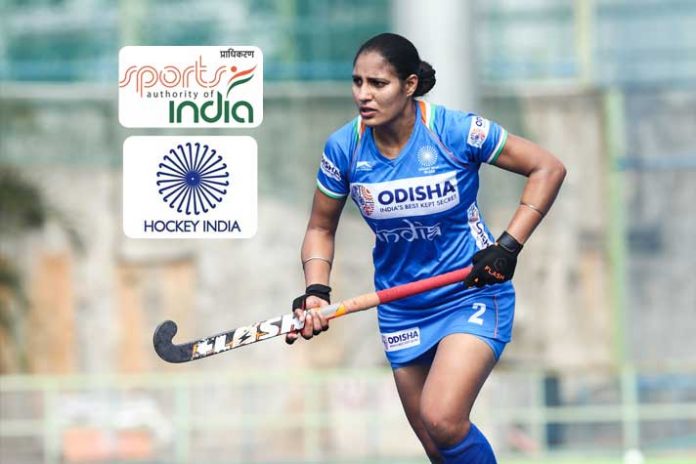 In a bid to further provide state-of-the-art facilities to junior and sub-junior hockey players across the country, Sports Authority of India (SAI) and Hockey India have announced the establishment of the High Performance Hockey Centres (HPHC) at seven locations across India.

The centres will be set up with the objective of producing positive outcomes for field hockey at the 2024 and 2028 editions of the Olympic Games.

While the National Hockey Academy at the Major Dhyan Chand National Stadium, SAI Sundergarh, Odisha, SAI UDMCC, Bhopal, Madhya Pradesh, and SAI, Bengaluru will be active within the next 3 months, the remaining three centers will be developed over the next 12 months. These centers will be closely monitored by Hockey India and the Hockey India High-Performance Director and the program will also ensure the athletes are provided with international exposure, which states a Press release.

Owing to the large hockey-playing population in and around these seven cities and availability of infrastructure, SAI and Hockey India has strategically shortlisted these centers as the first seven High-Performance Hockey Centres in the country, and will further be identifying other suitable centers around the country which can be converted into High-Performance Centres in the future.

The existing SAI Centres and Hockey Academies around India will serve as ‘feeder’ Centres to these new High-Performance Hockey Centres, which shall hold 72 Men and 72 Women hockey players at each location. These young hockey players will be selected from a specific age range of 14 to 24 years in order to ensure that they are developed and prepared in time for the 2024 and 2028 Olympics.

This initiative is a vital step in the right direction by SAI and Hockey India because these state-of-the-art facilities equipped with modern infrastructure, and sports science and medicine services, will enable players from the Junior and Sub-Junior level, to train and develop in similar facilities to those provided to the Senior Indian National Teams. This move will also help Hockey India in identifying young talent, and nurturing them into world-beaters with the help of Coaches, support staff, rehabilitation, and sports science services.

“The Ministry of Youth Affairs & Sports and SAI launched the Khelo India Youth Games as well as the Khelo India University Games with a vision to create a robust system that will help identify potential athletes who can be trained for the Olympics. With the launch of High-Performance Hockey Centres across different zones in the country, we want to ensure talented youngsters are provided with top-quality facilities that will equip them to achieve success at the 2024 and 2028 Olympic Games. These High-Performance Centres will have a well-rounded system with special focus on scientifically advanced training which will also include mental training for young athletes,” stated Sandip Pradhan, Director General, SAI.

Emphasizing on the need to build a robust foundation for youngsters aspiring to take up hockey as a career, Mohd Mushtaque Ahmad, President, Hockey India said: “In the recent years, Hockey India has launched visionary programs such as the Hockey India Coaches Education Pathway which will help create the right structure at the grassroots level. With the High-Performance Hockey Centres, we believe we can build a large pool of players in the junior and sub-junior categories who can not only graduate to the senior program but can also push to achieve success at prestigious events like the Youth Olympic Games and Junior World Cup, Junior Asia Cup among other events. These centers will ensure scientifically advanced training which will help athletes gear-up both mentally and physically in order to match-up international standards.”

Commentating on the High-Performance Hockey Centres, Former India Captain and Rajiv Gandhi Khel Ratna Awardee Sardar Singh said, “This is a fantastic initiative by SAI and Hockey India. I believe the exposure and scientifically-driven training will only help increase our chances of winning an Olympic Medal. From what I have seen, players who come into the national programme would take time to get used to the system and training methods used to prepare the Indian National Team for major events. But if this gap can be narrowed through the introduction of these High Performance Hockey Centres which will adopt similar training methods used at the National Coaching Camps then there will be an easy transition for these players when they get selected to the national programme or make the cut for India Camp. I believe this will definitely benefit the sport in the long-run and bring desired results at top international events.”

The seven High Performance Hockey Centres will be established at the following locations in two phaases:

The SAI Centre Bengaluru will remain as the main site for the Senior and Junior National Teams.