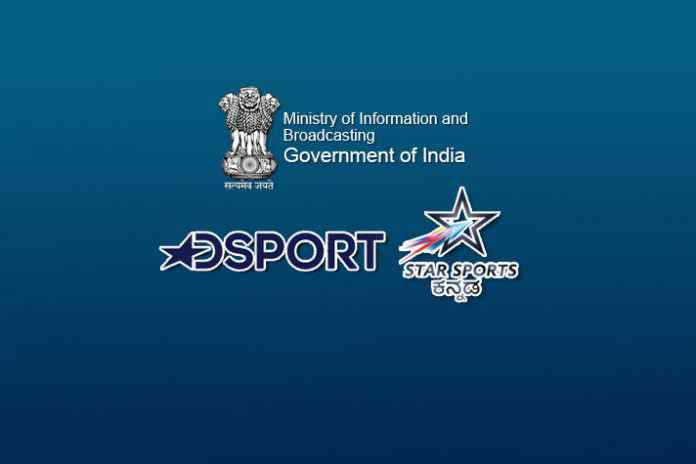 The Ministry of Information and Broadcasting, Government of India, has cleared the decks for two more sports channels in India – one each for Star India and Discovery Communications.

The portfolio of DSport telecasts includes some of the niche sports such as cricket football, golf, horse racing, combat sports, cycling, pro-wrestling, motorsports and action sports.

DSport has placed itself atop among the leaders in sports genre channels when it recently garnered splendid numbers in terms of viewership rating and impressions during Nidahas Trophy. The channel was the official rights holder of the tri-nation series between India, Bangladesh and hosts Sri Lanka.

The Discovery-owned sports channel has recently acquired the media rights for 2018 SAFF Suzuki Cup football tournament, scheduled for 4-15 September. DSport will be gearing up to get good traction from viewers and advertisers as the defending champions India with seven titles will be in the fray for the most coveted football event among South Asian nations.

MIB has also approved Star India’s application to change the name of its Youth and Entertainment platform Channel V’s license to Star Sports 1 Kannada. The channel was shut down in November last year.

The news has come too late for Star India as they were hoping to launch the Star Sports 1 Kannada with the IPL 2018 regional language live feed. The move was the part of IPL rights holder’s grand plans to strengthen its regional sports portfolio, reach masses and target an unprecedented 700 million gross viewership.

As Star India’s file for permission to replace Channel V with Star Sports Kannada was pending for a long time with the MIB, the broadcaster had to air IPL’s live action with Kannada commentary on Star Survana.

According to various media reports, MIB was denying all the permissions, including for new launch or change of logos, in a bid to pressurize the broadcasters for switching to Indian space satellites. The Department of Space has been insisting the channels to use Indian Space Research Organisation-run Indian satellites instead of foreign satellites like Intelsat, Asiasat, Measat, and Apstar.

MIB, since October 2017, has been seeking a no objection from the DoS on broadcasters’ applications for unlinking permissions, change of teleport and/or satellite. The ministry cannot clear a broadcaster’s file for the launch of a new channel, or change of logo without a nod from the DoS.