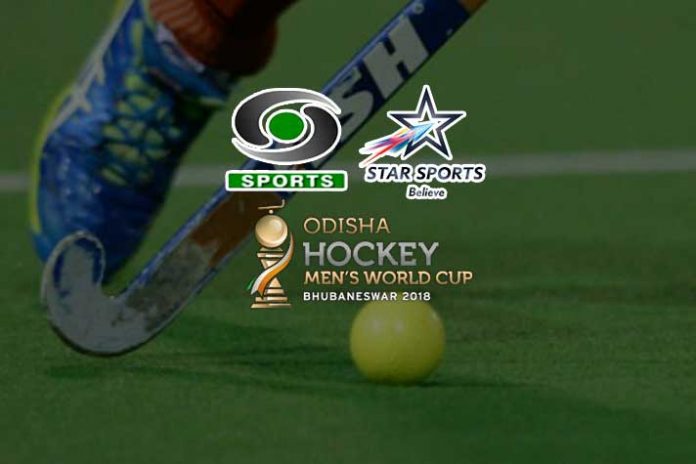 Star Sports is the legitimate owner of the FIH Men’s Hockey World Cup 2019 media rights. The leading private sector broadcaster will, however, be compelled to share the pie with the national broadcaster Doordarshan.

Ministry of Information and Broadcasting, playing “sporting events of national importance” card, has invoked the “mandatory sharing of signals of sporting events” clause to arbitrarily dictate Star Sports for sharing the live feed, it owns exclusively, with the national broadcaster Doordarshan.

It is not just about the India games, semi-finals and the final. The arbitrary diktat directs Star India to share all the matches of the FIH Men’s Hockey World Cup 2019, to be held in Bhubaneswar from November 20 to December 16.

The MIB notice, dated November 13, states all the FIH Men’s Hockey World Cup matches are the “sporting events of national interests”. This means that national broadcaster Doordarshan gets the privilege to get the live feed of the entire World Cup for broadcast on its terrestrial DD Sports channel and free to air DTH platform FreeDish.

Star India will broadcast the Hockey World Cup on its Star Sports cluster screens with the livestreaming on its DTH platform Hotstar.

The last-minute diktat is bound hit the financials of the broadcaster, a private entrepreneur, as the media rights values are committed much in advance. The mandatory sharing of sporting events in the long run will also be detrimental to the interest of the sports and national sports federations. If the broadcasters are compelled to take the values of the content that will have to be shared mandatorily with a rival Free To Air and Terrestrial platform with deeper reach, the media rights values of sports properties will obviously be compromised.

It is imperative to the State to safeguard the public interest. But at what cost? The financial growth of sports, where India lags behind the developed countries, is no less important.

The 2007-legislated sports rules only makes it mandatory for the private sector broadcasters to share the live feed of the semi-final and final matches or the games involving the Indian team with Prasar Bharati.

The present DD diktat is being seen as a breach of the 2007 Sports Rules. MIB though is trying to treat all the World Cup matches as “sporting events of national importance” as the tournament takes place in India.