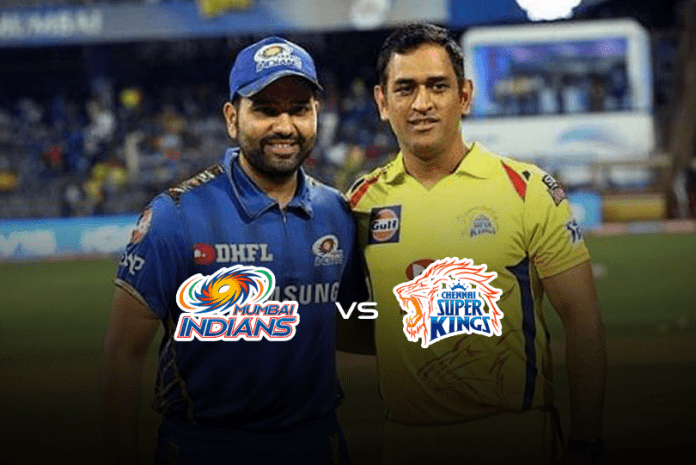 4 time IPL winners Mumbai Indians will look to extend their unbeaten streak against CSK when the teams lock horns tomorrow. The Rohit Sharma-led side has won the last 5 matches against the Yellow Army and the odds are currently in their favour to do an encore.

The team boasts of a fantastic lineup this season with some crucial additions from last year’s auction. During the season, Mumbai Indians will become the first team to play 200 (Dream11) IPL matches. They will also be keen to improve their track record in UAE.

Here we take a deeper look at the Mumbai Indians squad for Dream11 IPL 2020.

Rohit is the third highest run-scorer in IPL history with an aggregate of 4898 runs in the tournament. The skipper also has the experience of playing in UAE, having led the national side to glory in the Asia Cup back in 2018.

Quinton de Kock was the highest run-scorer for MI last season with 529 runs in 16 innings. The wicket-keeper batsman has also done well for Proteas in international cricket and is currently their limited-overs skipper.

Lynn often referred to as ‘Lynnsanity’, is known for his explosive batting while opening the innings. He has managed to cross the 400-run mark in the last two editions of the tournament.

Head coach Mahela Jayawardene said that Rohit and Quinton will continue to open and Lynn provides a solid back-up to the duo.

There are a handful of youngsters who will be eyeing a place in the Indian side with back-to-back T20 World Cups in 2021 and 2022.

Suryakumar Yadav displayed sensational form throughout the domestic tourneys at home and seems in sublime touch. Rohit also mentioned that Surya isn’t too far away from the Indian cap.

Ishan Kishan also got runs in the ‘A’ tour and is likely to bat at the top order. With the wicketkeeping spot in the national side wide open after MS Dhoni’s retirement, Kishan will be wanting to prove a point. His U-19 teammate Rishab Pant and KXIP skipper KL Rahul are the top-two contenders to do the job.

Rahul Chahar made his T20I debut for India last year against West Indies. The leg-spinner picked 13 wickets at an economy rate of just 6.55 in the previous season. With the UAE conditions likely to assist spin, Chahar will look to trouble the opposition batsmen.

The all-rounders’ trio of Hardik Pandya, Krunal Pandya and Kieron Pollard is undoubtedly Mumbai Indians’ greatest strength. Their ability to go bonkers with the bat in the lower order gives them an advantage over their opponents no matter what the situation. All three batsmen have been proven match-winners on their day. They can also be quite handy with the ball.

Their strike rates in the Indian Premier League:

Pollard was announced as the Man of the Tournament in the recently concluded CPL 2020 season for his all-round performance, scoring 207 runs and taking 8 wickets. On the other hand, Hardik got a chance to participate in the DY Patil T20 Cup during March where he scored 347 runs and also picked 14 wickets with the ball.

The addition of Sherfane Rutherford gives MI another option for a pinch-hitter. The 22-year-old Guyanese batsman has already built a reputation for his clean striking.

Jasprit Bumrah is all set to lead the pace attack again. He has picked wickets regularly and also bowled with great precision. The 26-year old was the leading wicket-taker for MI with 19 wickets at a fantastic economy rate of just 6.63.

They also have a couple of left-arm options. Trent Boult is a valuable addition to the side and is also the No.1 ranked bowler in ODIs. McClenaghan has been an experienced campaigner for Mumbai Indians since 2015 and has picked 71 wickets across five seasons.

The likes of Nathan Coulter-Nile, Dhawal Kulkarni, James Pattinson and Mohsin Khan give them a variety of options in the fast bowling department. Leaving Pattinson, all of them have been a part of the MI squad in the past.

Another interesting addition to the pace attack is the uncapped Digvijay Deshmukh.

Krunal Pandya is the most experienced T20 spinner in the side. The left-arm orthodox has picked 40 wickets for MI having made his debut back in 2016. Leg-spinner Chahar and off-spinner Jayant Yadav also add depth in the spin department.

Besides the trio, youngsters like Anukul Roy and Prince Balwant Rai have already managed to impress Rohit and Co. in the nets.

Aditya Tare has been quite consistent for Mumbai in the domestic circuit and has piled up runs regularly. He had an aggregate of 355 runs in the Syed Mushtaq Ali Trophy and at a healthy strike rate of 136. Anmolpreet Singh also put up a few good performances playing for Punjab.

Saurabh Tiwary was brought back by the franchise in the IPL Auction after a wonderful Ranji season where he amassed 641 runs at an average of 58.27 for Jharkhand.

The likes of Digvijay Deshmukh and Balwant are new to IPL. Certainly, the MI scouts have explored their talent. The duo can be a surprise element for the opposition.

Digvijay who is an all-rounder scored 83 runs and picked six wickets on his Ranji debut for Maharashtra. The right-arm medium pacer even picked nine wickets in the Syed Mushtaq Ali Trophy.

Apart from this Digvijay was also able to beat Rohit in the nets after the latter advised him.

Mumbai Indians will aim to start on a winning note when they step out to defend their crown this Saturday.