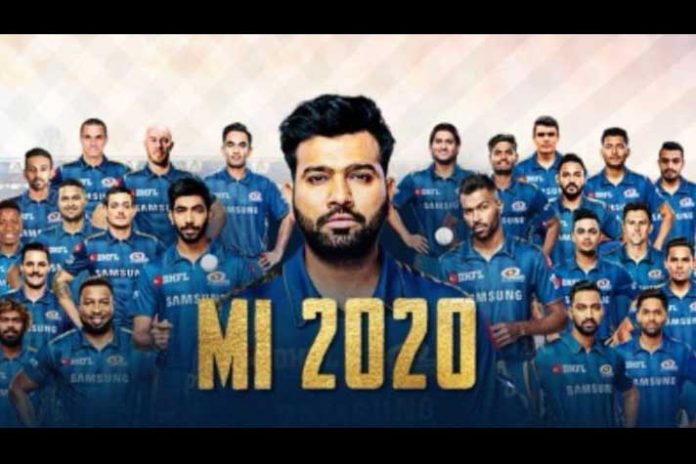 After much anticipation, MI vs CSK will be the first match of IPL 2020 on September 19, starting at 7.30pm IST. The MI franchise has turned out to be the most successful one in the IPL. They won the most number of titles in the tournament’s history.

4 time IPL winners and defending champions of IPL 2020, Rohit Sharma-led Mumbai Indians will be looking to get off to a winning momentum once more.

However, it won’t be as easy taking on MS Dhoni’s Chennai Super Kings who have qualified for the playoffs in every edition of the tournament they have played in.

With the stakes high and a mouthwatering clash in the offing, let’s find out how will the Mumbai Indians lineup for their first IPL 2020 match.

Trading Quinton de Kock from RCB proved to be a masterstroke for MI in 2019 as the Proteas wicket-keeper had a fabulous season with the bat. With 529 runs at a strike rate of 132.91, de Kock was one of the top performers for MI last season.

While Rohit and de Kock opened MI’s batting in 2019, the addition of Chris Lynn has added explosive power at the top of the order and is expected to open the innings along side De Kock.

Chris Lynn enjoyed terrific form in last year’s Big Bash League and it will be difficult to leave him out of the MI playing XI. With his arrival, the skipper is expected to take the No.3 slot while Lynn and De Kock will open the innings.

Lynn is someone who can give the team a much-needed acceleration in case of a slow start and has the capability to decimate any bowling lineup on his day.

The skipper, who is a regular opener for India for more than six years now, finally agreed to open the innings for MI on a regular basis in 2019. However, with the arrival of Chris Lynn in the camp, Rohit might demote himself to the No.3 slot while giving Chris Lynn the the scope to open and score a big total.

In 2019, Rohit fared much better than he did in 2018 and he will once again be crucial in MI’s title defense.

The Mumbai locale Suryakumar is in scintillating form in limited-overs tournaments in the domestic circuit. He has done exceedingly well for MI so far, with more than 400 runs each season batting at various slots from opening to number four or five. The flexibility he brings in, being able to bat anywhere in the batting order, makes him invaluable for the team. Suryakumar’s improvisation with the bat and his ability to play spin and pace equally well makes him an ideal candidate for number four.

Hardik, who is coming back from back surgery, would like to take it a little easy at the start of the league and slowly move into top gear, especially on the bowling front. He would like to continue with the same impact performances he had dished out for MI in the IPL last year, where he had a strike rate of above 190. The IPL would give him the perfect opportunity to test his fitness before the rigors of international cricket, especially with the T20 World Cup coming up later in the year.

Krunal Pandya, who did not have a great IPL last year, especially with the bat, would like to be back at his former best with both the bat and ball. Having fallen down the pecking order as a spin-bowling all-rounder in the Indian team, this IPL provides him the perfect opportunity to come back into the reckoning.

Kieron Pollard can be extremely smart with the ball and when at his best, he could make a significant difference as he did in the past. Furthermore, he is a terrific fielder. He brings the leadership qualities to the group and is an important part of their think tank. MI should look to bat him at five or maybe even higher up the order

Rahul Chahar will shoulder the spin bowler’s responsibilities along with Krunal. The wily leg-spinner will provide the much-needed variety to the MI attack and will be the wicket-taking option in the middle overs. Having played just a single T20I for the Indian team, he would be looking forward to more opportunities if he can come up with a consistent performance in this edition of the IPL.

Mumbai Indians traded in Dhawal Kulkarni from Rajasthan Royals during the transfer window. The Mumbai pacer has a decent record in the IPL, especially with the new ball. Known for giving early breakthroughs with his swinging ability, Dhawal will be excited to bowl at his home ground on a pitch he has known throughout his life. The experienced campaigner was a strategic trade by MI, considering the lack of Indian pacers in the squad barring Bumrah.

There are a few options MI can pick from. However, it is highly likely that the management will go ahead with Trent Boult for the first game. The Kiwiquick finds an advantage over some of the others since he is a left-arm bowler.

He is capable of swinging the new ball both the ways and MI can look at him as a wicket-taking option in the powerplay overs. Over the last few seasons, Trent Boult has struggled while dealing with the death overs. With the likes of Jasprit Bumrah and Lasith Malinga in this side, he doesn’t need to worry about this aspect.

MI could rather look to use him at the start and during the middle overs. It shouldn’t be much of a problem even if he doesn’t complete his quota of four overs since the captain has got many other options to look at. At the later stages, they can consider Coulter-Nile and McClenaghan if required or can have Rutherford.

Jasprit Bumrah will be the last piece of the jigsaw puzzle related to the MI Playing XI. Given that he maintains his fitness, he should play all the games in the season. He is truly an x-factor for the team and makes a huge difference for them.

Bumrah can bowl at any stage of the innings and has got some brilliant tricks up his sleeve. He is the best bowler in the world and Mumbai’s chances will rely a lot on how he fares in the upcoming season. In the last four seasons, he has been a terrific performer for the side.

In 2019, he picked up 19 wickets in 16 games. For someone who operates in the powerplay and at the death, an economy rate of 6.63 is extraordinary. In the last two seasons, he has managed to keep that economy rate below 7.

Overall, the Mumbai Indians have the most balanced playing XI, thanks to the depth the Pandya brothers bring in. Their fast bowling looks the strongest among all teams and the experienced batting lineup is as formidable yet menacing as any. MI definitely start as favourites and it will not be a surprise if they lift their fifth IPL title.