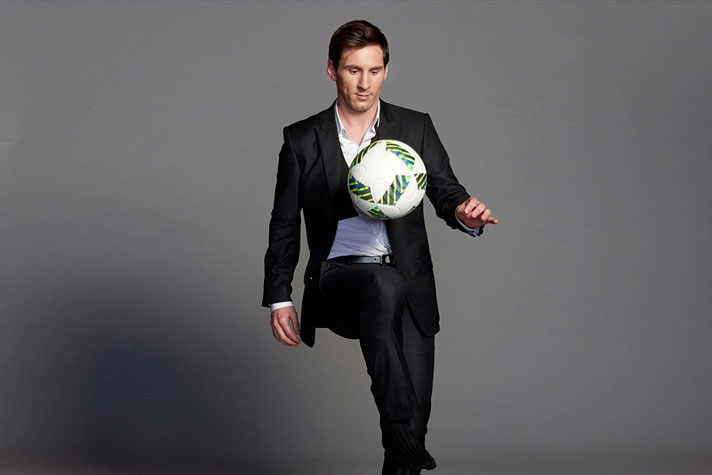 Lionel Messi will join the club of global athletes who have their own fashion lines. The Argentine and Real Madrid icon has partnered with MGO to create an apparel line – Messi.

Tommy Hilfiger’s sister Ginny Hilfiger is the creative officer at the MGO, states a wwd.com report.

Primarily a men’s premium lifestyle brand, Messi will also include a small range of women’s tops.

The fashion line is slated for a launch on Messi’s global e-commerce platform – The Messi Store – in July. The soft launch with product teasers will be followed by a full rollout in August, states the report.

In mid-September, the brand will partner with Savile Row tailor Richard James as well as the English shoe brand Tricker’s for a small capsule that will be offered at Santa Eulalia, a high-end specialty store in Barcelona that was established in 1843.

The Messi x Richard James tailored clothing offering will also be offered in a shop in London Persona, a brand and store created by one of MGO’s partners, Julian Groves. The clothing collection will also only be available in limited quantities.

Tmall, the Chinese online site, will also launch a Messi “store” this fall, the report has quoted Ginny as saying.

Messi, 31, is widely viewed as one of the greatest football players of all time. The icon who during his entire professional career with Barcelona has won 34 trophies with the La Liga club, has a reported net worth of $ 400 million.

In his charitable initiatives, Messi has partnered with UNICEF and also created the Leo Messi Foundation, which supports access to health care, education and sport for children.