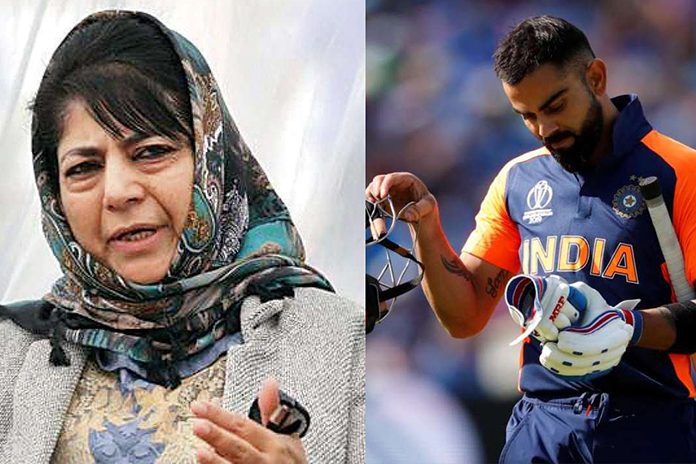 “Call me superstitious but I’d say it’s the jersey that ended India’s winning streak in the #ICCWorldCup2019,” Mehbooba wrote on Twitter.

The Indian team sported a second choice jersey for the World Cup match against England, following International Cricket Council’s home and away rule.

There has been some debate in political circles with regard to the choice of orange as the dominating colour for the second jersey.

Earlier, Mehbooba said for a change both Indian and Pakistani fans were on the same page, rooting for India’s.

“Pakistani cricket fans are rooting for India to win the match against England. Chalo kum say kum cricket ke bahaane (at least in cricket), for a change both countries are on the same page,” Mehbooba said in a tweet.