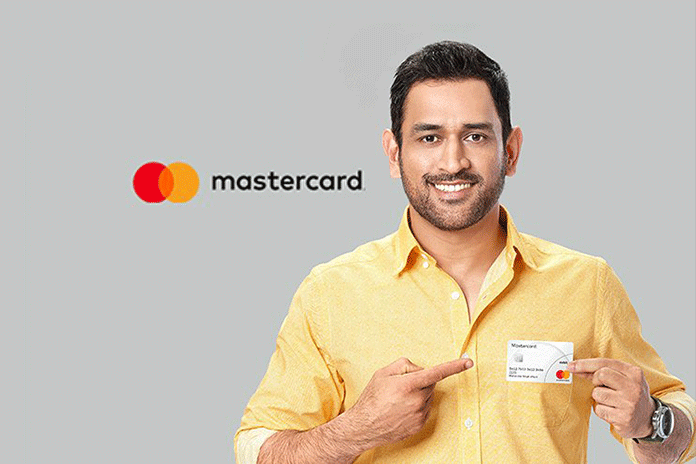 Legendary cricketer Mahendra Singh Dhoni has joined Mastercard’s ongoing efforts to build a Less-Cash India. Under this partnership, Dhoni along with Mastercard will build awareness about digital payments through a cash-to-digital campaign, Mastercard has stated in a Press release.

The campaign will aim to educate consumers and merchants about the convenience, wide acceptance, and safety and security features of debit cards.

Dhoni represents the new India and this partnership is an embodiment of what Mastercard is doing to build a Less-Cash India, especially in tier 2 and tier 3 cities through its investment in safety and security and in digital infrastructure.

Commenting on his partnership with Mastercard, Mahendra Singh Dhoni, said, “As a proud resident of Ranchi, a small city, and having travelled across the world, I relate to the importance of safe and secure payments that build confidence to live, work, and play in today’s digital economy. I am very excited to join hands with Mastercard to support the Government of India’s agenda of creating a digitally empowered, networked and knowledge society.”

Commenting on the announcement, Porush Singh, division president, South Asia, Mastercard said, “In Mahendra Singh Dhoni, Mastercard has found another partner, in addition to Irrfan Khan who reflects the drive we share for a Less-Cash India. The association highlights a distinct combination of Mastercard’s commitment to take digital payments to the last mile and Dhoni’s representation of a progressive and innovative ‘Bharat’. Dhoni’s influence will be the key to trigger a behavioural shift among those who still prefer cash or have some misconceptions about digital transactions.”

The cash-to-digital campaign has been designed to drive consumer and merchant awareness in tier 2 and 3 cities. Around 95% retail payments in India are still in cash and this presents a scope for growth of digital payments beyond the metros.

Raja Rajamannar, chief marketing and communications officer, Mastercard added, “At Mastercard, we have always been avid advocates of tapping into consumer’s passion points and in India, there is probably no greater passion than cricket. MSD has been an incredible unifying force for the nation and believe our partnership will powerfully punctuate our efforts around driving conversion from Cash-to-Digital payments, and even elevate them to the next level. Mastercard has time and again demonstrated an ability to truly identify and amplify local consumer passions in every country around the world.”

Arun Pandey, Chairman, Rhiti Sports, which exclusively manages Dhoni’s commercial engagements, said “Market leaders and innovators are best placed to execute campaigns which take the industry to the next level. The idea of Mastercard partnering with Dhoni to further the cause of cashless India is very appealing.”

Earlier this year, Mastercard had launched a successful marketing campaign featuring Irrfan Khan which showcased the convenience of using digital transactions across internet banking, mobile wallets, debit cards, mobile and QR codes etc. and for everyday uses such as tolls and transits, for utility bills, grocery, fuel, among others.