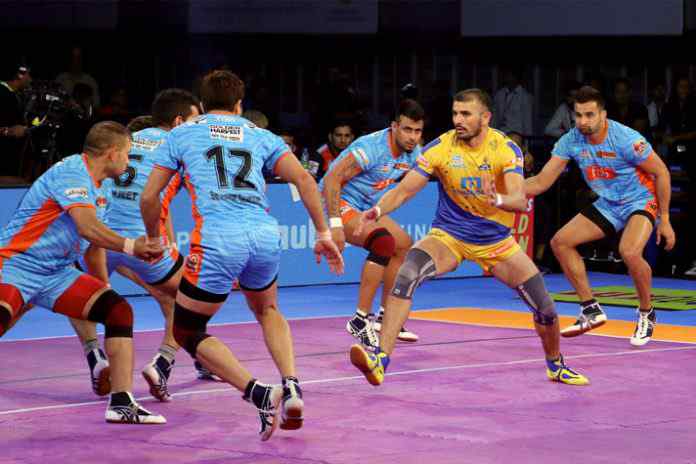 After five highly successful seasons, the VIVO Pro Kabaddi League gears up for yet another season of thrilling action. The dice for Season Six is rolled with the announcement of the “Elite Retained Players”.

The “Elite Player Retention” framework is a key PKL constituent to build team continuity for the longer term and the franchises are thus encouraged to retain key players of their choosing for the upcoming season.

Anupam Goswami, League Commissioner, VIVO Pro Kabaddi said, “The League is strongly in favour of team stability and instituting it at a policy level to enable strong team structures. The player retention framework has been strengthened to encourage continuity and a longer term association between player and franchise, to the benefit of both. Squad talent, formation and development have always been a top priority for us. Interventions like “Elite Player Retention” and the “Future Kabaddi Heroes” programme will go a long way towards ensuring that VIVO Pro Kabaddi Season VI offers the highest level of talent and competition for India’s own sport.”

Following the Season Six retentions, Pardeep Narwal will continue to raid for three-time champions Patna Pirates, Ajay Thakur will team up with Tamil Thalaivas again, while Gujarat Fortune Giants have bet on young blood and Telugu Titans have gone for raiders.

The nine franchisees have retained a total of 21 players. Patna Pirates and Puneri Paltans have the highest number of retentions with four players each, while Haryana Steelers have retained only Kuldeep Singh. 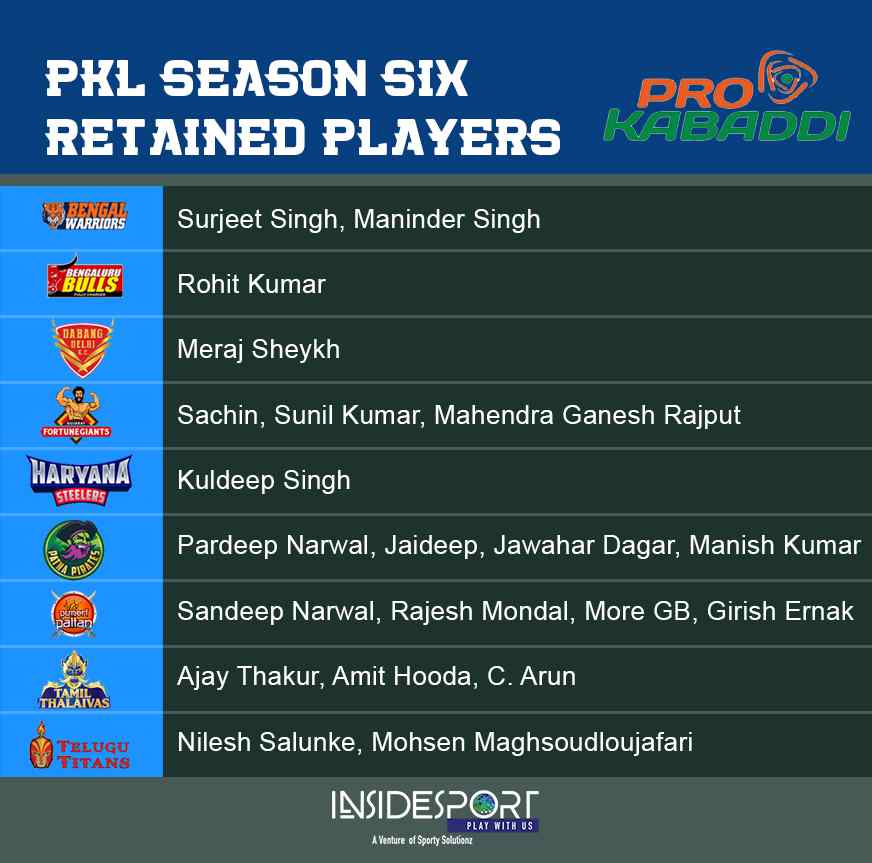