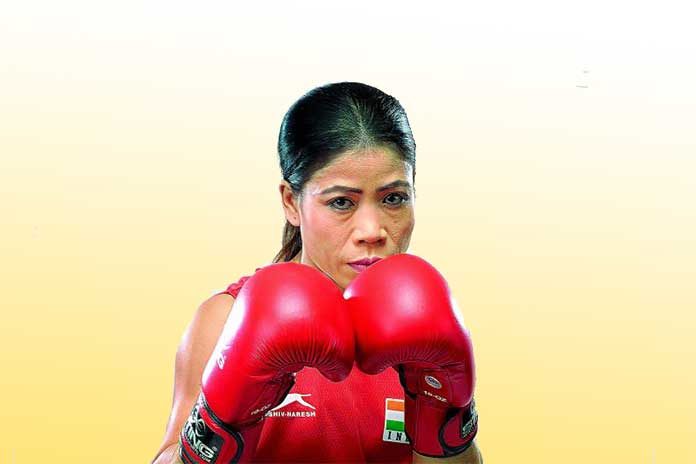 New Delhi, September 28: Five-time world champion and Olympic bronze medallist Mary Kom will lead the Indian charge at the AIBA World Elite Women’s Boxing Championships, to be held in the national capital from November 15 to 24, giving her best shot at the sixth crown.

Along with the legendary Mary Kom, who will compete in her pet category (48 kg class), nine others pugilists have been selected to represent India in the forthcoming event.

Of the 10 members, five—Mary Kom, Lovlina Borgohain, Sarita Devi, Baghyabati Kachari and Simranjit—made it to the squad on the basis of their fine performances in Poland (13th International Silesian Boxing Championships) and Turkey (32ndAhmet Comert Boxing Tournament) Mary had won a gold at the Poland meet early this month while Lovilina and five times Asian Champion and a former World Champion, Sarita Devi claimed a bronze each in their categories. Similarly, Simran who won a gold in Turkey along with Bagyabati, the gold medallist who was adjudged the best boxer for her superior techniques, also got selected themselves into the team. But the rest of the boxers were picked on the basis of trials held today.

Pinki Jangra in 51 kg defeated Ritu Garewal, making a strong comeback in the second round despite the first round going in favour of Ritu. Pinki’s tactical precision and experience held sway over the young Ritu as the 2010 CWG bronze medal winner held on to make the cut.

In 54 kg, Manisha was confidence personified, thanks to her fine display in Poland where she defeated 2016 World Champion and European Champions.The showdown in the trials was a hard-fought bout with Meena Kumari Devi, a bronze medal winner in Russia and a silver medallist in Turkey, expected not give any easy points to her rival. But Manisha proved to be the dominant boxer on the day, trading sharp punches with precise landing to get the ruling in her favour.

The 2017 Youth World Champion, Shashi Chopra was billed as s strong contender against Sonia in 57 kg class but an upset was never on cards. Sonia, who began with flurry of punches not only surprised Shashi but restricted her movement, making the bout a formality. Sonia, the bronze medallist at the 13th Silesian Boxing Championship in Poland, was superior on the day.

In the case of Saweety Boora in 75 kg, it turned out to be a one-sided bout against Alari Boro as the gold medal winner from Russian meet earlier in the year went all out from the bell to make it to the squad.

As for Seema Poonia, in the +81 kg category, Seema’s experience helped her gain a berth in the squad after she beat Kavita Chahal. In the trials, Seema proved a notch better than Kavita.

The marquee tournament was last held in India in 2006 and remains the best for the country in terms of performance. India had topped the medal tally with four gold, three silver and one bronze medal.

Since the New Delhi meet will be a build-up event for the Tokyo Olympics, only the best and lucky among the 300 (close to) registered boxers form close to 60 countries will make it to the national capital for the prestigious world championships. 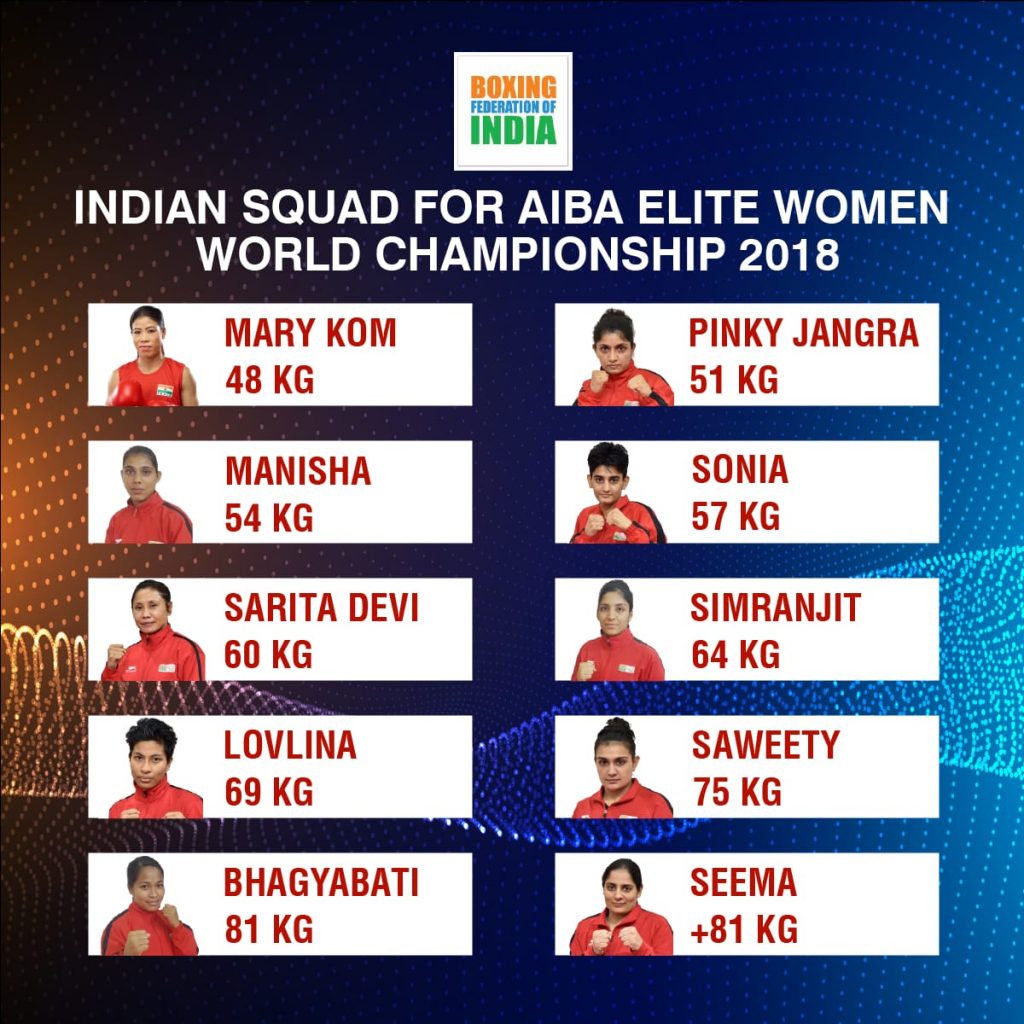