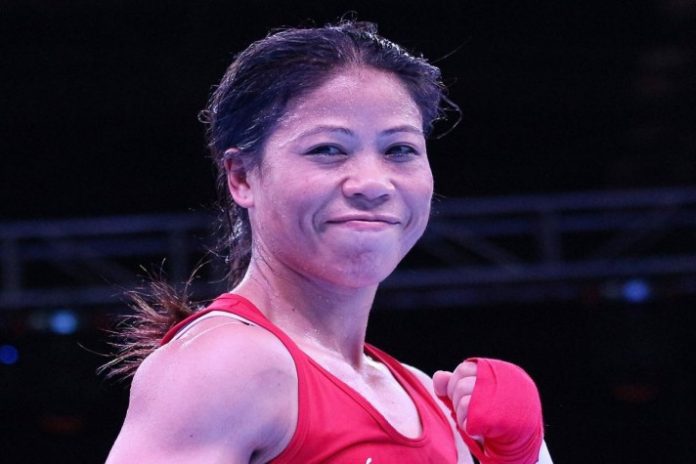 “I am not scared to face Nikhat Zareen,” avowed celebrated boxer MC Mary Kom, saying it would just be a “formality” to beat her in the trials for the Olympic qualifiers.

Mary Kom (51kg) found herself embroiled in a controversy with Zareen demanding a trial bout against her before the Indian squad for next year’s Olympic qualifiers is decided.

This was after the Boxing Federation of India (BFI) stated that it intends to pick six-time world champion Mary Kom (51kg) for the event in China on the back of her recent bronze medal-winning performance at the World Championships in Russia.

“The decision has been taken by BFI. I can’t change the rule. I can just perform. Whatever they decide, I will go with that. I’m not scared to face her, I am fine with the trials,” said Mary Kom on the sidelines of a felicitation program here.

“I have defeated her many times since SAF Games but she keeps challenging me. I mean, what is the point? It is just a formality. BFI also knows who can win a medal at the Olympics.”

Mary Kom said, “people are jealous of me”.

“It has happened to me in the past also. Perform on the ring, that is the real thing. BFI sends us for exposure trips so come back with a gold, prove yourself,” she said.

“I am not against her. She might be good in the future, let her have the experience and focus on preparation for the highest level. I have been fighting for the last 20 years. To challenge is easy but to perform is difficult.”

For the selection of men’s team, BFI had decided that the medallists of the World Championships will be sent directly to the first Olympic qualifiers to be held in China.

Mary Kom signs off with bronze in World Championships

In women’s competition, BFI had said in August that only the gold and silver winners at the World Championships in Russia would be selected directly for the Olympic qualifiers in February.

However, BFI now has decided to call a selection committee meeting next week to discuss Zareen’s plea.

Mary Kom said there should be gender quality in the selection criteria.

“I don’t care about all this. Let BFI take the decision. There should be gender equality, can’t have separate rules for men and women.