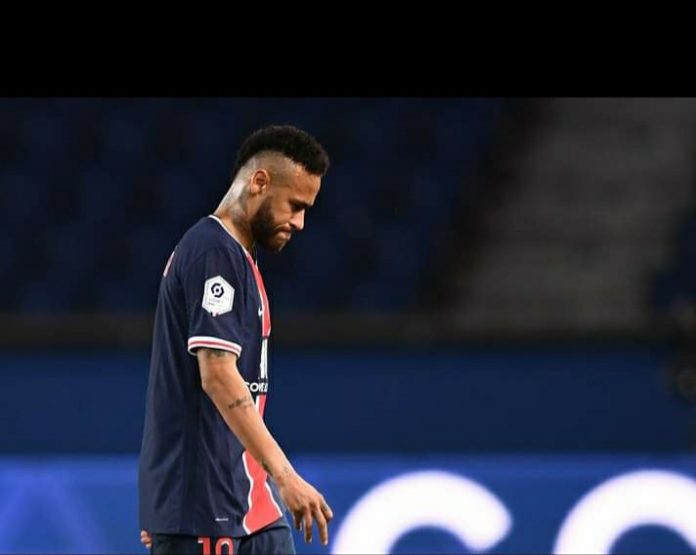 Marseille earned a smash-and-grab 1-0 win at Ligue 1 champions Paris St Germain after forward Florian Thauvin struck in the 31st minute of a pulsating though ill-tempered match that ended with a brawl that saw Neymar sent off on Sunday.

Littered with fouls throughout, the clash boiled over in the last minute of stoppage time with referee Jerome Brisard sending off five players after a full scale brawl broke out on the pitch.

PSG’s Neymar, Laywin Kurzawa and Leandro Paredes as well as Marseille’s duo of Benedetto and Jordan Amavi were given their marching orders after rival players threw punches and kicks at each other.

An angry Neymar, who’d clashed a number of times with Marseille’s Alvaro during the match, tweeted after the game: “The only regret I have is for not being in the face of this a–hole.”

It was Marseille’s first league win over PSG since November 2011, condemning last season’s Champions League runners-up to their second straight league defeat after they suffered a 1-0 opening day setback at Lens.

Thauvin scored against the run of play, steering in a Dimitri Payet free kick inside the near post from close range after the home side had come close through Marco Verratti and Neymar, who also missed a pair of chances in the second half.

Littered by crunching fouls at either end in the first half, the game produced some free-flowing football after the break as visiting keeper Steve Mandanda pulled off several superb saves and both sides had goals disallowed for offside.

Angel Di Maria’s effort for PSG was ruled out in the 62nd minute and Marseille substitute Dario Benedetto’s scorcher was also scrapped two minutes later as Thauvin, who unleashed the initial shot, was marginally behind the last PSG defender.

PSG, who missed several first-team regulars who had contracted the COVID-19 virus, pressed hard in the closing stages but Marseille’s rugged defence held firm as the 1993 European Cup winners made it two wins out of two.