Marcelo transfer: Marcelo set to leave Real Madrid – Real Madrid’s Brazillian star Marcelo will leave the club at the end of the season with a potential return to Brazil on the cards. The left-back joined the club in 2007 for $8 million from Fluminense and was touted as a wonderkid.

The then Real Madrid president Ramon Calderon labelled the Brazilian as “a pearl that half of Europe wanted,” Los Blancos beat the likes on Manchester United, Chelsea and Barcelona to acquire the services of a young Roberto Carlos fan, little did the management knew, that not only Marcelo would go to emulate his idol, but also break many of his records.

The best left-back in the world:

Marcelo didn’t enjoy a straightforward breakout campaign when he 1st arrived in Madrid, for the 1st 3 years he was regularly in and out of the team. It was only in the 2010-11 season when new coach Jose Mourinho arrived that the 22-year-old Marcelo became a 1st team starter.

That season, Marcelo reached his true potential and never looked back showing his attacking flair and defensive skills. The Brazilian powerhouse became the best in his position and was named in the UEFA team of the season and La Liga team of the season for his heroic performances in the Champions League and La Liga. Argentinian legend Diego Maradona said he was the third-best player in La Liga, after Cristiano Ronaldo and Lionel Messi. 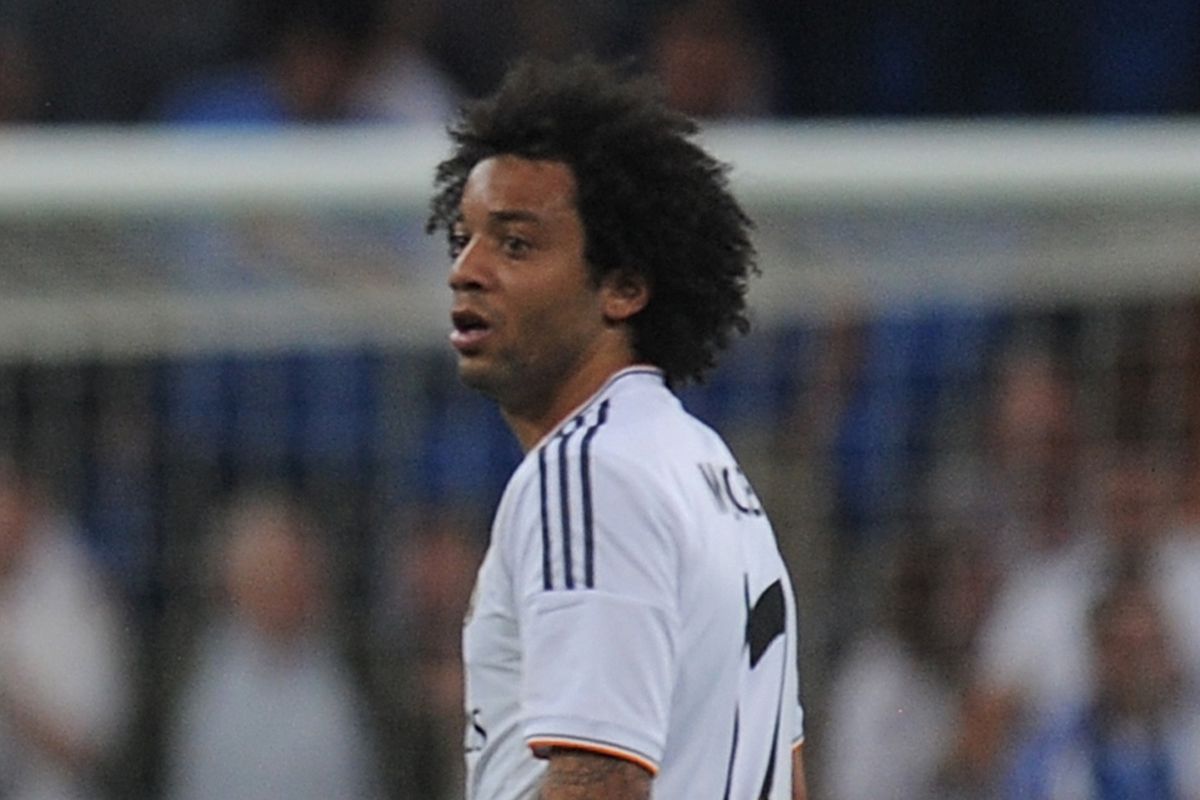 From the best to one of the all-time greats: Marcelo has left his mark on Real Madrid and on Football, known mainly for his offensive capabilities, trickery, and technical qualities, His flair, grace, touch, and control on the ball, coupled with his speed, agility, and dribbling skills, frequently see him beat opponents in one-on-one situations with elaborate feints, such as stepovers.

His explosive pace, energy, and clever movement, both on and off the ball, also make him a dangerous threat on counter-attacks, he is capable of penetrating between the opposing defensive lines with attacking runs, or getting up the left flank into good offensive positions from which he can receive the ball often, and provide width for his team, essentially acting as an additional forward.

Roberto Carlos named Marcelo as the world’s best left back, saying. “He had more ability than me with the ball and he joins in better,” and even called him his heir.

He ranks 10th on the all-time appearance list for one of the most prestigious institutions in the game, if not the most, making a total of 530 appearances. Marcelo was an extremely important part of the legendary Real Madrid team that went on to win 4 UEFA Champions Leagues in 5 years, along with multiple league titles. Marcelo went on score 38 goals for Real Madrid and setting up another 101.

Marcelo has won a total of 22 trophies with Real Madrid, 2nd in the all-time list (joint with Sergio Ramos)

His major honors include: