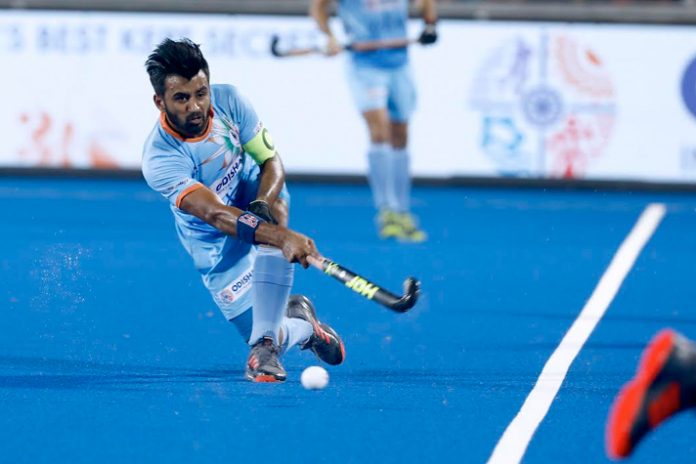 In the year that witnessed many glorious moments for the Indian men’s hockey team, skipper Manpreet Singh is regretting the golden opportunity of winning the FIH Men’s Hockey World Cup at home as the team lost to Belgium in the quarter-final in Bhubanewar earlier this month.

It could have been a glorious year for the Indian Men’s Hockey Team but for their bitter losses at the Gold Coast Commonwealth Games where they finished fourth, settled for a Bronze at the 18th Asian Games Jakarta-Palembang and exited the Odisha Hockey Men’s World Bhubaneswar 2018 after a close 1-2 loss in the Quarter Final.

While it’s been a little over two weeks since Belgium were crowned new World Champions after they beat the Netherlands in a tense shootout, India Skipper Manpreet Singh regrets not making use of the home support to reach the final four of the tournament, a result they had much-desired. “What Belgium has achieved over the years is quite remarkable and my hearty congratulations to them for winning the World title. As far as our performance is concerned, we (Indian team) are obviously disappointed and regret not using the home support to our advantage. We had topped the Pool and were very positive going into the Quarter Final against the Netherlands. It was a close match and though personally I am very disappointed we lost in the Quarter Final, I am proud of my team. We gave our best particularly the youngsters who were playing the World Cup for the first time,” Manpreet said in retrospect.

The midfielder further added that the exposure young players got at the event in Bhubaneswar will stand them in good stead for future tournaments. “We had few players from the junior set-up who have been part of the senior core group for about two years. I am sure the exposure they gained at the Odisha Hockey Men’s World Cup Bhubaneswar 2018 will help them improve further,” Manpreet added.

The Men’s Team will begin the season with the Sultan Azlan Shah Cup in Ipoh, Malaysia in March and will also be preparing for the Olympic Qualifiers. “It is now important for us to move on from the disappointments of 2018. There are always lessons we learn from every tournament we play regardless of how the result went and this time too, we will meet as a unit when we report for National Camp in February and discuss on the areas that need improvement,” he opined.

With the FIH Series Finals in June to be held in Bhubaneswar’s Kalinga Stadium, the team’s main focus for the year will be to win an Olympic Qualification. “The road to 2020 Olympic Games will be challenging and surely the ideal way to qualify would have been winning the Asian Games like we did in 2014. But that should not be a deterrent to our motivation. We have a good setup, very talented pool of players with good international experience. We just need to remain focused,” concluded the Captain.