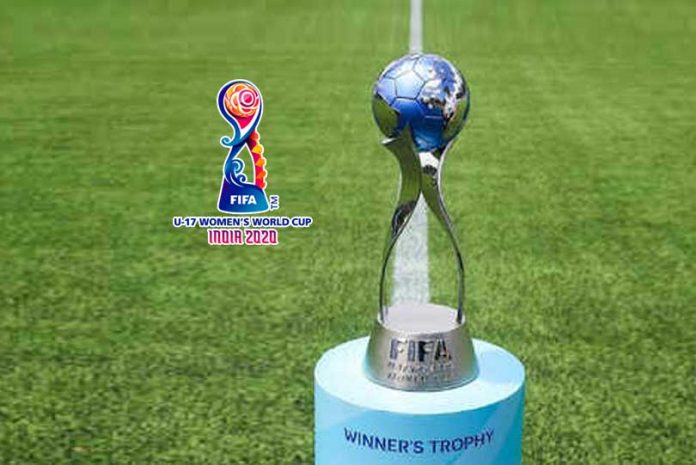 Manipuri girl Thounaojam Kritina Devi is set to become the third footballer from her family to feature in a FIFA U-17 World Cup but her journey had its share of obstacles, including her farmer father who was against the idea when she started.

Kiyam Amarjit Singh was the India captain in the men’s FIFA U-17 World Cup the country hosted in 2017 while Thounaojam Jeakson Singh was the lone scorer in that tournament and hence the only Indian to have scored a goal in a World Cup.

Their cousin Kritina is expected to be selected in the Indian team for the women’s FIFA U-17 World Cup to be hosted by the country in February-March next year. The trio belong to the remote village of Haokha Mamang in Manipur’s Thoubal district.

“My father is a farmer and mother a housewife. We have a small piece of agricultural land and we are mostly surviving on that. But football is in my blood and I began playing when I was a 10-year-old,” Kritina told PTI in an interview.

“My father wanted me to focus on studies. He would not agree when I asked him to buy me a pair of football boots. So, I went after my mother for several days, cajoling her so that she tells my father to buy me boots,” the 17-year-old said.

That was seven years ago. As Kritina continued to rise to represent the country, her parents began warming up to her choice.

Kritina and Jeakson’s respective fathers and the Amarjit’s mother are sibilings and the three families live next to each other.

“When I watched Amarjit and Jeakson play in U-17 World Cup, I dreamt of doing the same one day. I want to give a memorable performance next year,” said Kritina, a class 12th student.

Jeakson’s father Deben Singh is a former player at Manipur Police, a top side in the state some years ago, and he played mentor to the trio, initiating them to the beautiful game.

“We have a small ground in the backyard and we play there for hours everyday. Uncle Deben trained a lot of youngsters in our area, including Amarjit and Jeakson and I was the only girl initially.

“I have played a lot of football with boys while growing up. I think that has made me a better footballer” said the defender who can also play as a winger.

Recalling the first time her talent was discovered, she said, “It was in 2014 when I was in class six, there was a grassroots scouting programme and I took part in it.

“Later, I took part in tournaments like Reliance Foundation Youth Sports League and won the title in 2018 playing for Nilamani English School, Imphal.”

Kritina was a key member of the Indian team in the 2019 Three-Nation Tournament where she scored the match-winner against Thailand to set up the summit clash against Sweden. India lost the final 0-4.

A fan of former India captain Bembem Devi and star American World Cup-winning striker Alexandra Morgan, Kritina feels that her side should not feel intimidated by opposition teams like defending champions Spain at next year’s World Cup.

“We should play our brand of football and not be afraid of facing them. We should give our best and show that we are not inferior to any team. That is what coach (Thomas Dennerby) has told us.

“We have done well in the three-nation tournament and hope to do well in U-17 World Cup, though it would have been better had it not been postponed. We were ready for the tournament. But then we are ready now also,” she added referring to the event’s postponement due to the COVID-19 pandemic.