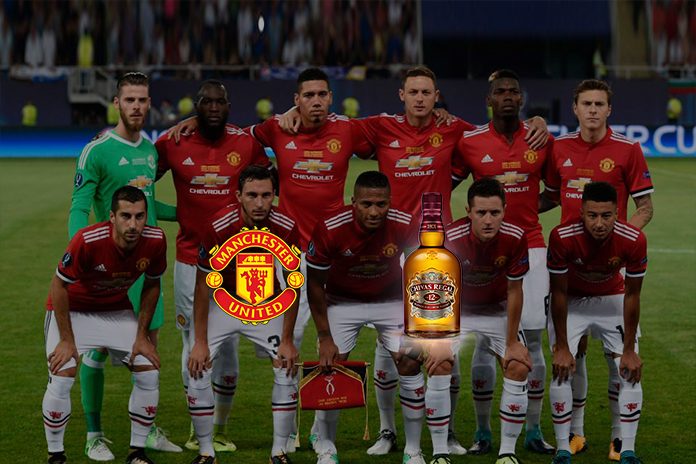 The premium scotch whiskey brand will serve as the official global spirits partner of the English football club. The financial details and exact length of the deal have not been disclosed.

Under the deal, Chivas’ portfolio of award-winning blends will be available throughout Old Trafford’s hospitality suites, becoming part of the Manchester United match day experience. The partnership will also see Chivas branding displayed on digital perimeter boards as well as throughout the stadium.

Manchester United’s Group Managing Director, Richard Arnold, said, “Manchester United’s history is built on teamwork and we embrace Chivas’ belief that ‘blended is better’. Our success both on and off the pitch allows us to bring together the best mix of people who help to make our club the global name it is today. Each individual has their own skills but the way in which they blend together is what makes us a united team.”

“It is a pleasure to welcome Chivas as Manchester United’s Global Spirits Partner and we look forward to working together to share this belief with our fans.”

Chairman and CEO at Chivas Brothers, Jean-Christophe Coutures, said, “Blending has been in our DNA ever since James and John Chivas pioneered the art in 19th century Scotland. Partnering with Manchester United was therefore a natural fit; we both firmly believe that great things can be achieved when we come together – from balancing the perfect blend of malt and grain whiskies that go into our Scotch, to using the perfect combination of players’ skills on the pitch to create a winning team. We look forward to using our spirit to help showcase the spirit of the club and its fans all around the world.”

Chivas has also created a short film to mark the alliance, highlighting the unique blend of characteristics included in the Manchester United team. Shot in Los Angeles during the Club’s pre-season tour, the film stars an array of Manchester United first team players revealing an often unseen side to them, showing what defines who they are, both on and off the pitch.

Original founding brothers, James and John Chivas, blended their first drop in the basement of their store in Aberdeen, in a story that began in the 19th Century in Scotland. Chivas has since grown into a world-leading whisky brand available around the world.