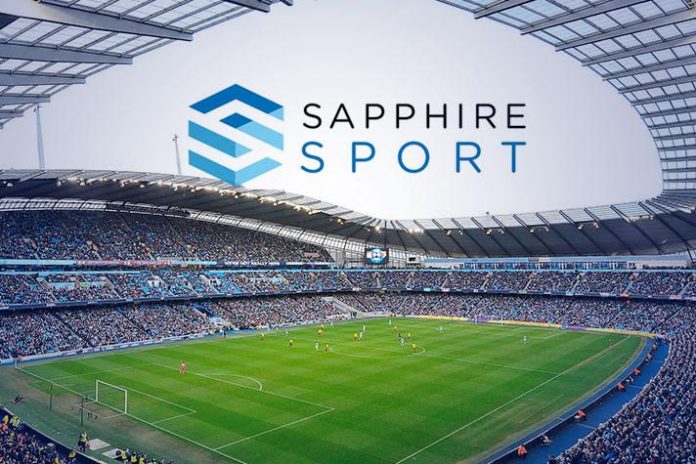 The City Football Group – the Abu Dhabi-based owner of Manchester City and New York City as well as four other football clubs around the world – has become the anchor investor in Sapphire Sport, a $115m (€101m) sport venture capital fund.

Owners and investors from across the five major American sports leagues – NFL, MLB, NBA, NHL and MLS – are involved in the US-based fund, which launches with an existing portfolio of five sport-related start-ups, including football streaming platform mycujoo and Phoenix Labs, an independent gaming studio.

The new fund also see the managements of some of the on-field rivals, like the New York Jets and San Francisco 49ers, becoming partners at the sport venture capital fund.

Sapphire Sport, a first-of-its-kind, oversubscribed $115 million funds platform is announced by the Sapphire Ventures, a technology venture capital firm investing in growth-stage companies and early-stage venture funds with more than $2.5 billion in assets under management, to drive the firm’s investments in early-stage start-ups at the intersection of sports, media, and entertainment sectors.

“Picking the right investor is one of the most important decisions you can make as an entrepreneur. For Tonal, picking Sapphire Sport was a no-brainer. Doug and the Sapphire Sport team are patient and experienced technology VCs with an industry-focused Rolodex to match,” said Aly Orady, chief executive officer and founder, Tonal. “They bring more than just capital to the table; they provide the expertise and connectivity I need to help us navigate our growth in the booming but crowded fitness market.”

Sapphire Sport is being co-led by Doug Higgins, managing director and co-founder of Sapphire Ventures, and Michael Spirito, who joined Sapphire Ventures as managing director in September 2018 from 21st Century Fox, where he led business development and digital media for the Yankees Entertainment and Sports (YES) Network and, post-sale, the Fox Sports Regional Sports Networks.

“Venture capitalists need to continue to reinvent and innovate in order to stay relevant,” said Higgins. “We created Sapphire Sport to serve as a preeminent investment vehicle in a nascent and dynamic sector where technology investment experience is in increasingly high demand. In partnership with some of the most innovative team owners and sporting brands in the world, we are bringing Sapphire Ventures’ investment experience to the global sport marketplace.”

“The opportunity we are addressing is vast and diverse. Sport is the one thing we can all agree on…even as we may disagree on our fan loyalties,” said Spirito. “I joined Sapphire Ventures because I believed that they had the best platform to build an investment firm of consequence, in this industry. From a market perspective, sport includes all global sports media rights, distribution technologies, content creation, sponsorship, digital fitness, esports, betting, data and everything in between.”

Sapphire Sport is focusing on investing in Series A and B financing rounds working to close a funding gap that is growing between seed investors and private equity. With the global sports market already valued at up to $1 trillion, Sapphire Ventures is bringing its 20 years of institutional investing experience, an extensive global network and the capital needed to help advance an industry that is growing faster than GDP.