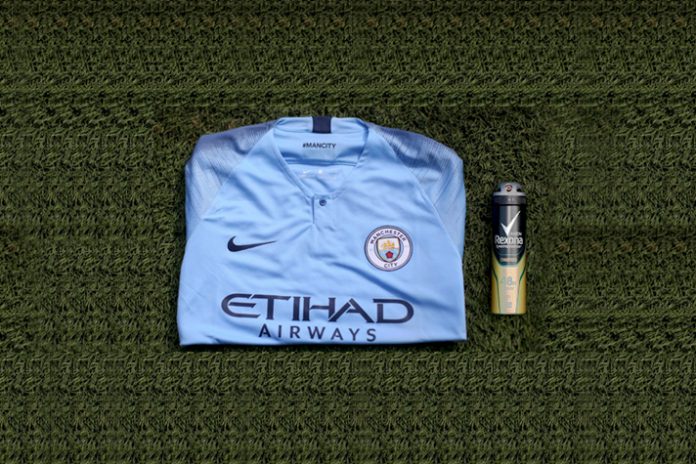 Manchester City have announced a multi-year global partnership with Rexona to become the Club’s Official Personal Care Partner. Rexona, which operates as Sure in the United Kingdom and Degree in the United States, will also partner with City’s sister club New York City FC, the Premier League champion club has stated in a Press release.

Through this partnership, Rexona, Sure and Degree will be providing fans around the world with weekly content and immersive experiences that deliver on Rexona’s purpose to encourage people to move more. Branding will also appear at the Etihad Stadium throughout the season.

Damian Willoughby, Senior Vice President of Partnership at City Football Group, said: “We are delighted to announce this new partnership with Rexona and look forward to harnessing the huge followings of the Rexona, Sure and Degree brands to engage with City fans around the world.

“Like Manchester City, Rexona has over 100 years of experience as well as a great pedigree of working with sports organisations and athletes throughout its history. We are excited to welcome these brands to the City family and look forward to working with them over the coming seasons.”

“The club’s success and attractive style of football gives us the perfect platform to deliver our brand purpose, encouraging people to move more, to live more, making every moment matter.

“Equally with the growth of the MLS in recent years, our US brand, Degree, are delighted to be partnering with New York City Football Club in what will provide an excellent base for community outreach and activity.”

Rexona was founded in Australia in 1908 and is now the world’s leading anti-perspirant brand, having joined the Unilever family in the 1930s. This new partnership builds on the market leader’s already-established portfolio of relationships with sports organisations and individuals.