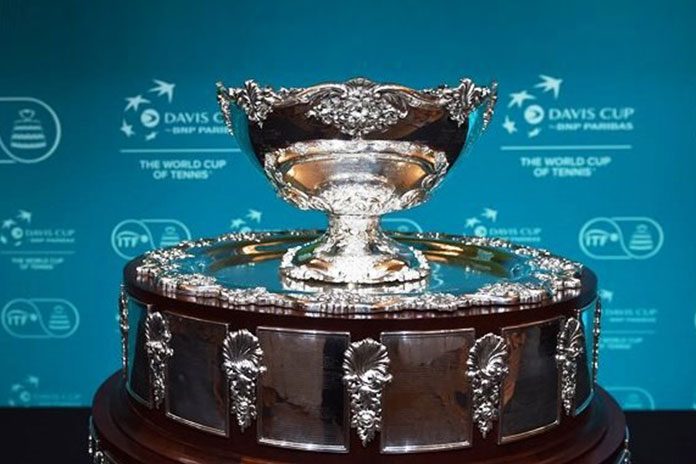 International Tennis Federation (ITF) has confirmed Madrid as host to the Davis Cup finals in 2019 and 2020 as the 118-year-old iconic men’s tennis competition undergoes major overhaul starting next year.

The annual tennis tournament, also known as the “World Cup of Tennis” will have Madrid as the host city for its new format, which will have a week-long World Group tournament taking place at one location for the 18 qualified teams.

The plans were first revealed in February this year when ITF had announced 25-year partnership deal with investment company Kosmos Group to see the major overhaul of 118-year-old men’s competition with a total $3 billion cash injection, aimed at generating substantial revenues from sponsors, broadcasters and financially lifting the tournament to the status of Grand Slams.

Spain and Barcelona football star Gerard Piqué is the founder and president of the investment company which is also backed by Hiroshi Mikitani, Chairman and CEO of Tokyo-based e-commerce giant Rakuten. The company has contributed €20 million towards the project as of now.

The move received a final nod from the ITF member nations, who voted in favour of introducing major reforms in Davis Cup by BNP Paribas at the Annual General Meeting of the world’s governing body of tennis held last month.

The Spanish capital’s La Caja Magica, which hosts the Madrid Open, will be the venue for the competition next year, while the city’s WiZink Center will potentially hold the 2020 edition.

ITF president David Haggerty said, “The city is a fitting location to stage the highest quality tennis and great entertainment for thousands of fans from all over the world. We look forward to working with the city to realise our ambitions of elevating the Davis Cup to a new level.”

The new format will involve a qualifying round in February, in which 24 teams will take part with the matches played on home and away basis – a key element of the Davis Cup’s heritage. The 12 winners will secure a direct place into the final. They will be joined by the four semi-finalists from the previous year, who qualify without having to play in February, and two wildcards who will be announced before the draw for the qualifying round.

This year’s finalists France and Croatia are guaranteed a place at the 2019 finals along with Spain and the United States, while it was recently announced that Great Britain and Argentina have been awarded wildcard entries.

Lille will host the 2018 Davis Cup final between France and Croatia this November.