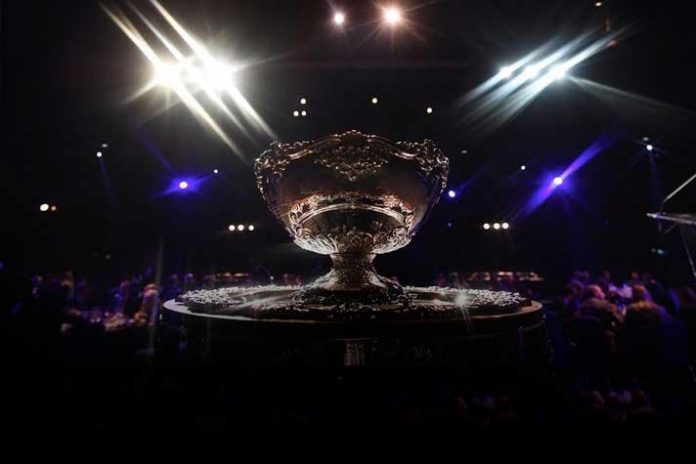 The ITF and Kosmos Tennis have announced that Louis Vuitton has been commissioned to design the Trophy Travel Case to transport and present the prestigious Davis Cup trophy over the next four years.

In line with Louis Vuitton’s history of creating bespoke travel cases for the world’s most iconic trophies such as the FIFA World CupTM, Rugby’s Webb Ellis Cup and the America’s Cup, the Davis Cup Trophy Travel Case will be handcrafted by skilled artisans in the historical Louis Vuitton workshop in Asnières, France.

The partnership will further elevate the legend of the iconic Davis Cup trophy in the sporting world. Louis Vuitton’s association with this prestigious event, which began in 1900, highlights its trust in the Davis Cup‘s new era – one that aims to bring the tournament to the very top of the sport.

Madrid will become the global capital of tennis this November when it hosts the revamped Davis Cup by BNP Paribas Finals. Eighteen countries will come together in the same city for the first time, each aiming to win the Davis Cup trophy and be crowned World Champions.

The 2019 Davis Cup season begins this weekend with the Davis Cup Qualifiers, when 24 countries will compete on 1-2 February in 12 qualifier ties around the world. The 12 winners will join the six nations who have already qualified for the Davis Cup by BNP Paribas Finals in Madrid in November: Croatia, France, United States, Spain, Argentina and Great Britain.

The Finals, which takes place on 18-24 November, will see a group stage take place from Monday to Thursday, with qualifying rounds featuring three matches (two singles and one doubles) over best-of-three sets, ahead of the knock-out rounds.

The draw for the final line-up will take place in February in Madrid.