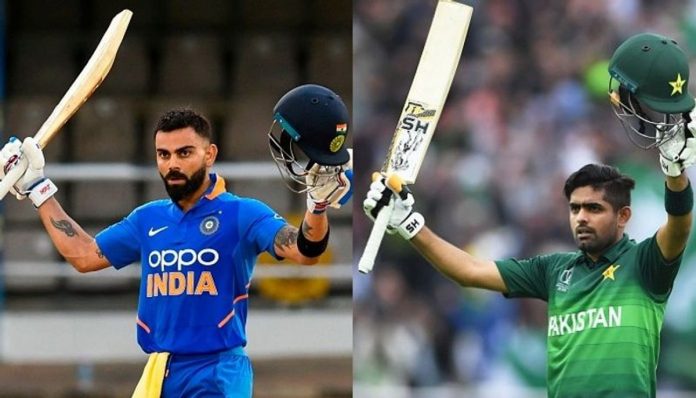 Virat has played 254 ODIs and 91 Tests in his career so far and he has an average of 59.07 in the 50-over format. While in Tests, he averages 52.37. Currently, the Indian skipper is also ranked as the number one ODI batsman.

“Virat Kohli has a better range [of shots] as compared to Babar Azam but he also has one area of weakness. If the ball swings, he tends to get trapped around the off-stump such as against James Anderson in England,” Javed told Cricket Pakistan.

“When you look at Babar, you don’t see any weak areas. Just like, [Sachin] Tendulkar who also didn’t have any weak areas. Babar is technically more safe and sound but if he follows Kohli’s fitness routine he will become an even better player. Meanwhile, Kohli can improve his technique by looking at Babar so that he doesn’t get trapped,” he added.

It has been almost 1.5 years that Kohli has not scored an international century, but of late, he has shown that impeccable class and it also saw him winning the Man of the Series award for his performance against England in the five-match T20I series.

Babar recently registered an ODI ton against South Africa, and he surpassed Kohli and South Africa’s Hashim Amla as the quickest to notch up 13 centuries in the 50-over format.
Babar is currently ranked at the number two spot in the ICC ODI batsmen rankings.