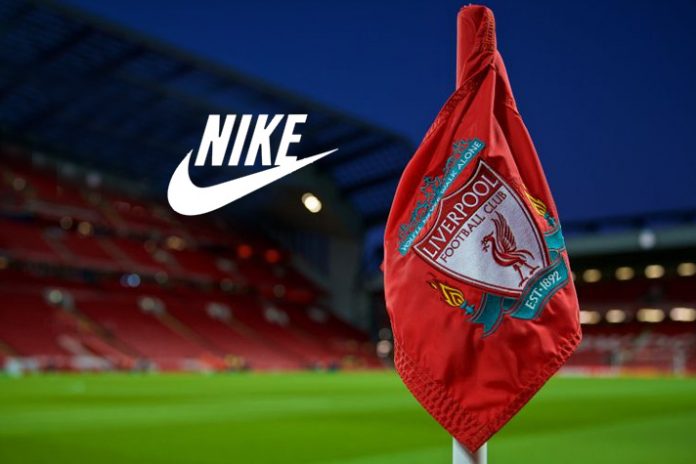 Premier League leaders Liverpool FC and the World’s leading footwear and apparel company, Nike has officially come together in a multi-year partnership. The partnership which begins from June 1, 2020, will see Nike manufacture and supply Liverpool FC’s playing, training and travel wear.

As an official kit supplier, Nike will be outfitting the men’s, women’s and academy squads, as well as the coaching staff and Liverpool FC Foundation.

The partnership coincides with the club’s move into a new, state-of-the-art training facility in Kirkby for the 2020-21 season, a project that includes investment in improved sports facilities for the local community.

Billy Hogan, LFC’s managing director, and the chief commercial officer said: “Our iconic kit is a key part of our history and identity. We welcome Nike into the LFC family as our new official kit supplier and expect them to be an incredible partner for the club, both at home and globally as we continue to expand our fanbase. As a brand, Nike reflects our ambitions for growth, and we look forward to working with them to bring fans new and exciting products.”

New Balance has been the club’s official kit supplier since 2015 and will continue until the end of the 2019-20 season. “We’d like to thank New Balance for their support over the last few years and wish them well for the future,” added Hogan.

Bert Hoyt, Vice President, General Manager Nike EMEA, said: “Liverpool Football Club has such a proud heritage and strong identity. The partnership with Liverpool FC underscores our leadership in global football and with the club’s passionate worldwide fanbase and strong legacy of success, they have a very bright future ahead. We look forward to partnering with them to serve players and supporters with Nike innovation and design.”

The Nike-Liverpool partnership which is reported to come close to a figure of £70 million per season including the royalties and bonuses is said to be the fourth biggest football kit deal behind Spain’s Real Madrid and Barcelona and England’s Manchester United.