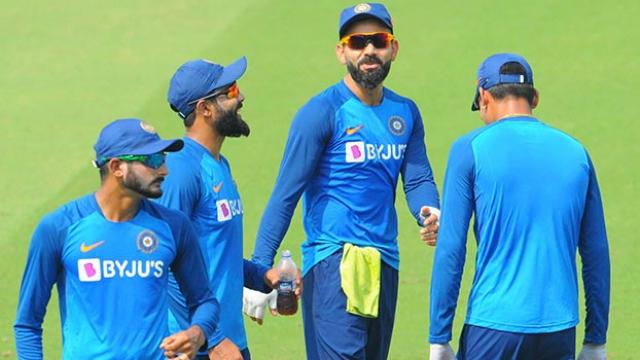 An exciting battle is on the cards as India and South Africa open their campaign in the T20 International series after the first game at the Himachal Pradesh Cricket Association Stadium in Dharamshala on Sunday was washed out without a ball being ball.

The game at the IS Bindra Stadium, Mohali, today (Wednesday) will set the tone of the three-game series, which has now been virtually reduced to two matches.

The match also throws a litmus Test to Rishabh Pant who has been told in no uncertain terms to show more responsibility in his batting.

India otherwise will be on a high after a near whitewash on the tour of the West Indies where they have own all but the one rain-hit games. The Proteas still have many lose ends to tie. A Kasigo Rabada versus Virat Kohli duel will certainly take the interest in the game to the next level. The team India skipper is due for a big knock in the shortest form of the game.

Quinton de Kock will be hoping to lift the morale of the visitors, who would be fighting to overcome the mental bruised following their dismal performance ICC World Cup showing in England.

South Africa’s David Miller and pacer Beuran Hendricks will be at ease with the familiar conditions in Mohali after having played for the Kings XI Punjab in the Indian Premier League. Just like, KL Rahul has shared his joy of “being back at home”. The India opener is being tipped to lead the Punjab IPL franchisee following Ravichandran Ashwin’s move to Delhi Capitals.

South Africa are travelling to India with may fresh faces in their squad in a bid to build a team for the World T20 next year and. They certainly lack experience, but can still pose a bigger challenge to the home team that their Caribbean party over the last month.

From the corporate and commercial perspective, both the teams will take to the ground with new sponsors’ logos on their jerseys – Byju’s has replaced Oppo as Indian teams sponsor and South Africa has a deal in place with Indian dairy brand Amul for the Asian region.

The action at the Punjab Cricket Association’s IS Bindra Stadium, Mohali, will start from 7:00 PM India time.