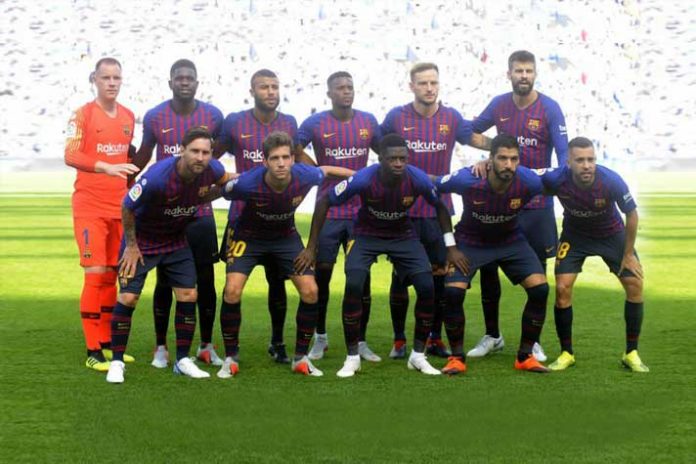 Spanish LaLiga giants Barcelona playing in India under Lionel Messi soon cannot be ruled out now. The dream for many an Indian football fans may come true as early as next year.

For the global football powerhouses India is becoming the next big stage to expand their fan base and explore the commercial potential of one of the leading sports’ economies the world over. LaLiga giants Barcelona are among the top global sports entities targeting the India market for serious forays.

Barcelona club’s Asia Pacific director General Jordi Camps has hinted at a pre-season tour to India next year. Club football’s global powerhouses are regular visitors to the Asia-Pacific region during preseason. India is likely to be added to the itinerary next. Campshas revealed the plans to global news agency Reuters

“India is a key strategic market for FC Barcelona and we’re constantly looking at opportunities to further engage and interact with our fanbase – whether that’s through our academies, digital content or a first team tour. In 2019, we’ll be in China and Japan and beyond that, let’s see,” Camps has said.

Barcelona have zeroed down on India as the key destination for future global expansion. The Spanish football powerhouse now run three training centers in the country and are looking to capitalize on increasingly fertile ground for the sport.

Camps has highlighted the opening of a LaLiga office in New Delhi as evidence of an increased focus on developing the sport’s popularity, as well as India’s successful hosting of the Under-17 FIFA World Cup.

“The growth of the Indian Super League and the success of the under-17 World Cup held in India in 2017 have been absolutely vital for the development of the sport in the country,” the agency has quoted Camps as saying.

“Not only did it garner global coverage and engage young people of India, it also helped develop infrastructure, upskill personnel and transfer knowledge to a range of governmental organisations and businesses to help stage major footballing events. We feel that we have a part to play in the growth of football in the country too.”

Barcelona opened their first Indian Barca Academy in 2013 and have since added two more. This year the LaLiga champions will host Barca Academy Asia Pacific Cup in Delhi.

“With our Barca Academies, this is what we are aiming to change – structured, consistent and well defined programmes that promote the club’s working philosophy,” Camps added.