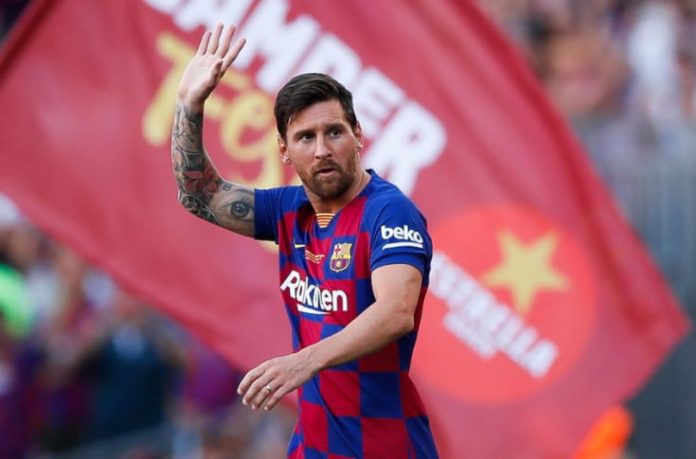 Lionel Messi could now stay at Barcelona, according to various reports in Argentina, after his father met with club president Josep Maria Bartomeu.

Messi’s father Jorge, who is also his agent, met with Bartomeu on Wednesday after his son last month told the club of his intention to leave on a free this summer after activating a clause in his contract.

Barcelona disputed the claim, saying the specific clause expired on June 10 despite the delays to the season, a position then backed by LaLiga, meaning paying his €700million  release clause is the only way to trigger a transfer.

Jorge Messi and Bartomeu’s meeting reportedly lasted around 90 minutes and ended in with no real conclusion, though the club president asked Jorge to ask his son to reconsider.

Now TyC Sport reports that there is a “90 per cent chance that Messi will stay at Barcelona” with a definitive decision expected on Thursday.

The report adds that Messi would see out the final year of his contract and leave on a free next summer, “through the front door” rather than this year.

Barcelona vs Messi : Messi had been outspoken against club officials
The 33-year-old Messi had been outspoken against club officials during the season and he hasn’t shown up at the club since the squad returned to training on Monday. He also skipped the required Covid-19 tests the team underwent on Sunday.
The player’s representatives claim the clause allowing him to leave the club for free should still be valid because the season was pushed back by the coronavirus pandemic/
Barcelona is scheduled to begin its season against Villarreal in the Spanish league at the end of the month.