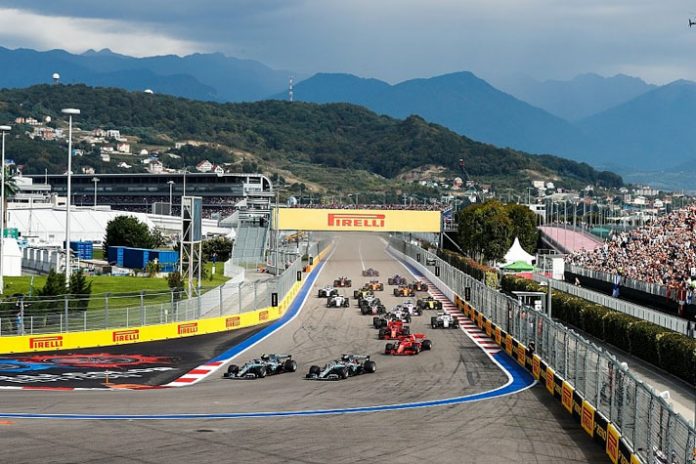 All is not well with the Formula 1 business. Major differences are coming to the fore between the parties concerned – Formula 1 owners, the promoters and race organisers. The 16-member Formula One Promoters’ Association (FOPA) has ridiculed Liberty Media for its handling and business plans of the F1 Championships.

However, Grand Prix ogranisers in Russia, Japan, Bahrain, Abu Dhabi and China were not part of the discussions. Russia and Mexico have officially distanced themselves from the criticism.

In a statement, the 16-member FOPA had raised the following key issues:

> It is not in the long-term interest of the sport that fans lose free access to content and broadcasting.

> New races should not be introduced to the detriment of existing events although the association is encouraged by the alternative business models being offered to prospective venues.

Amid ongoing uncertainty about the fate of five races, with the British, Italian, Spanish, German and Mexican GP contracts expiring this year, there has been a growing unity among the race organisers about the need for things to change.

There si a growing concern that the F1 move to more pay-TV will slash the number of viewers. There have also been questions about why some of the events were being offered better financial terms.

“As we enter a new season of the sport that we have promoted for many decades, the promoters seek a more collaborative approach to the development of the championship and the opportunity to offer their experience and expertise in a spirit of partnership with Formula 1 and the FIA,” FOPA has stated in the statement.

The statement about alternative business models is understood to reference efforts to pull off a Miami street race. During the discussions, it emerged that the US-race promoters had been offered a profit share partnership, rather than the more traditional model where races pay tens of millions of dollars for the right to hold the event.

The Miami situation is understood to have been a key factor in encouraging the events that do not have deals beyond this year to stand firm and demand better financial terms, according to an autosport,com report.

British Grand Prix promoter Stuart Pringle, who is boss of the Silverstone track which activated a break clause in its British GP contract, warned against free deals to new races when existing ones like the United States GP in Texas (pictured above) are trying to make their event pay.

“If this continues, Formula 1 will be racing on second-rate circuits, if any at all,” Pringle had reportedly told The Daily Mail. “Everyone is disgruntled. Liberty’s ideas are disjointed.

“We have all been compliant and quiet hitherto, but we have great concerns about the future health of the sport under the people who run it now.”

Liberty Media did not comment on the matter. The promoters are expected to meet again today (Tuesday).

Meanwhile, the promoters for the Mexican and Russian Grands Prix have expressed their support for Liberty Media.

Mexican Grand Prix organisers, negotiating a new contract with F1 beyond 2019, have issued a statement distancing themselves from the FOPA criticism.

“Following the statement made by the Formula One Promoters’ Association (FOPA), the Formula One Gran Premio de Mexico promoters want to express their sympathy with the promoters from other countries, understanding that each country and race is different. In addition, the Mexican Grand Prix’s promoters welcome the ongoing collaboration and good relationships with the rest of the promoters.

“However, Formula One Gran Premio de Mexico did not participate in said meeting and appreciate the work that the new owners of Formula One are doing to understand the promoters’ requirements and concerns, as well as those from the fans.”

The Russian Grand Prix promoter Sergey Vorobyev has shared on Twitter that he also did not share FOPA’s point of view and approach. He had also told the motorsport.com that he felt FOPA’s criticisms were “fairly toothless” and he did not share the position of the association’s British chairman Stuart Pringle.

“All the issues indicated there, in this statement, they are being resolved one way or another in the current format of communication with Liberty,” he said.