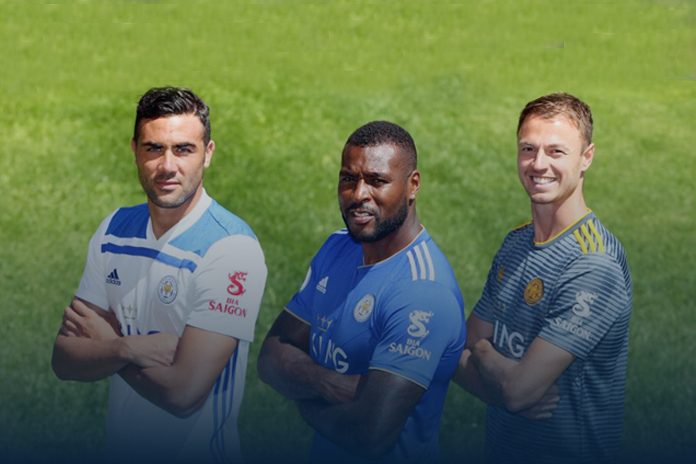 Under the terms of the agreement, the logo of the Vietnamese beer brand will be emblazoned on the on the sleeve of the shirt to be worn by the club in every fixture throughout the 2018/19 season.

The company will also benefit from its branding throughout King Power Stadium, across interview backdrops and digital advertising boards, while they will also seek to engage with the Club’s fan base through matchday activations.

ThaiBev’s signature premium beer, Chang, will become the Stadium Beer Partner at King Power Stadium, and will provide the matchday beer offering from refurbished branded kiosks, many of which will be cashless in order to reduce queueing time for fans throughout the season.

The club has said that the supporters that want their shirt to match the one worn by the team on the pitch will have the option of adding the Bia Saigon sleeve badge to replica shirts at no additional charge throughout the season. Supporters that have already purchased a 2018/19 replica shirt can also have the sleeve badge added free of charge at the Foxes Fanstore at King Power Stadium.

Leicester City Vice Chairman Aiyawatt Srivaddhanaprabha said, “We are delighted to announce our partnership with ThaiBev – a company with an established identity in football, a strong appreciation for its supporters and a genuine passion for the game.

“To work with ThaiBev’s globally recognised brands has obvious commercial advantages, while many of their business and community values are consistent with those of Leicester City and King Power. We’re particularly excited to learn from ThaiBev’s outstanding community strategy and by the opportunity that will bring to develop our Club’s relationship with the people of Leicester.”

“Over the last eight years, we have built a series of important relationships in East Asia and this latest partnership only strengthens Leicester City’s already significant connection with the region.”

Thapana Sirivadhanabhakdi, President and CEO of Thai Beverage plc said, “ThaiBev is delighted to be in partnership with one of the most successful Premier League clubs. Leicester City’s achievement in winning the Premier League title in the 2015/16 season was truly outstanding and against all odds, gaining tremendous support and following from Thai football fans.

“ThaiBev is the producer of Chang beer in Thailand. Our brand has been the official sponsor of the Thai national football team for more than 10 years, as well as many clubs in the Thai Premier League, and we are committed to supporting the development of football in Thailand with our own ThaiBev Football Academy.

“Our recent acquisition of SABECO in Vietnam has also added Bia Saigon (Saigon Beer) into our beer group. We have a long-standing relationship with the King Power Group in Thailand and we are pleased to see our partnership extended to the English Premier League. We would like to wish Leicester City continued success in the years to come.”