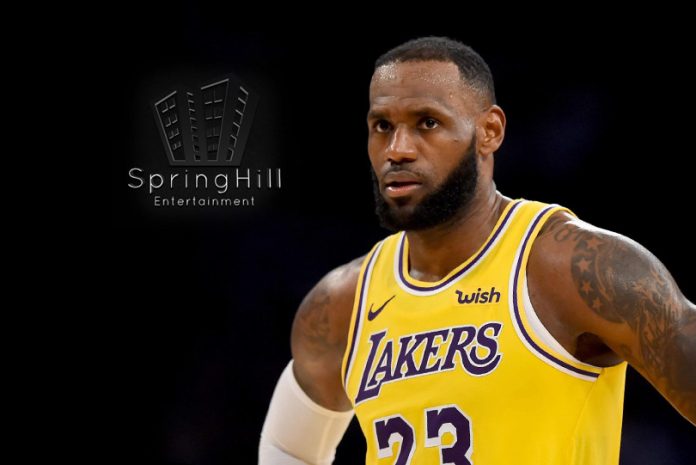 NBA season is on hold currently but LeBron James is on roll. According to a report in Bloomberg James and his business partner have secured $100m in investments for their media company which aims to empower black audiences.

SpringHill Entertainment, is headed by James with his business partner Maverick Carter as CEO. The likes of Serena Williams, Boston Red Sox Chairman Tom Werner, is among those on the board.

It describes itself as a media company with an unapologetic agenda that will give a voice to creators and consumers.

The company is named after the Ohio apartment complex James was raised in.

Funding for SpringHill Entertainment closed in March but was announced on Thursday according to Bloomberg. The SpringHill Company has received investments from Elisabeth Murdoch, Jane Featherstone and Stacey Snider’s production company Sister (Chernobyl), Guggenheim Investments, The University of California’s UC Investments and private equity firm SC.Holdings.

The company is a result of three projects merged together – production company SpringHill Entertainment, digital media company Uninterrupted and the Robot Co, a marketing agency.

James said his team comprises of more than 100 employees, “64% people of colour and 40% female in an industry that averages 25%”.

In a statement, James said: “I’ve always wanted to use the platform of basketball to empower those around me. Now I’m incredibly excited about the opportunity to build a company that empowers creators, consumers, and everything it touches.

“The SpringHill Company defines empowerment. You see it in the team we’ve built, the stories we tell, and the community our work will serve.”