LeBron James Injury: Dennis Schroder has indicated LeBron James is nearing a return to LA Lakers with only a few weeks remaining in the regular season.

James has been out since March 20 with a high-ankle sprain, and the team has provided few updates about his return.

ESPN’s Adrian Wojnarowski reported on April 11 the superstar was on track to return in three weeks, which would put him back on the court at some point this week.

The Lakers had also been without Anthony Davis for about two months due to a calf strain, but he returned to play the past three games. Adding LeBron back to the equation puts the team back close to full strength for the playoffs, which would once again make them a contender to win the title.

“I mean, he’s close,” Schroder said. “I can tell you that much. We’re ready. We can’t wait for him to get back to help us win games again and be together at the right time. Eleven games in and get to work.“ 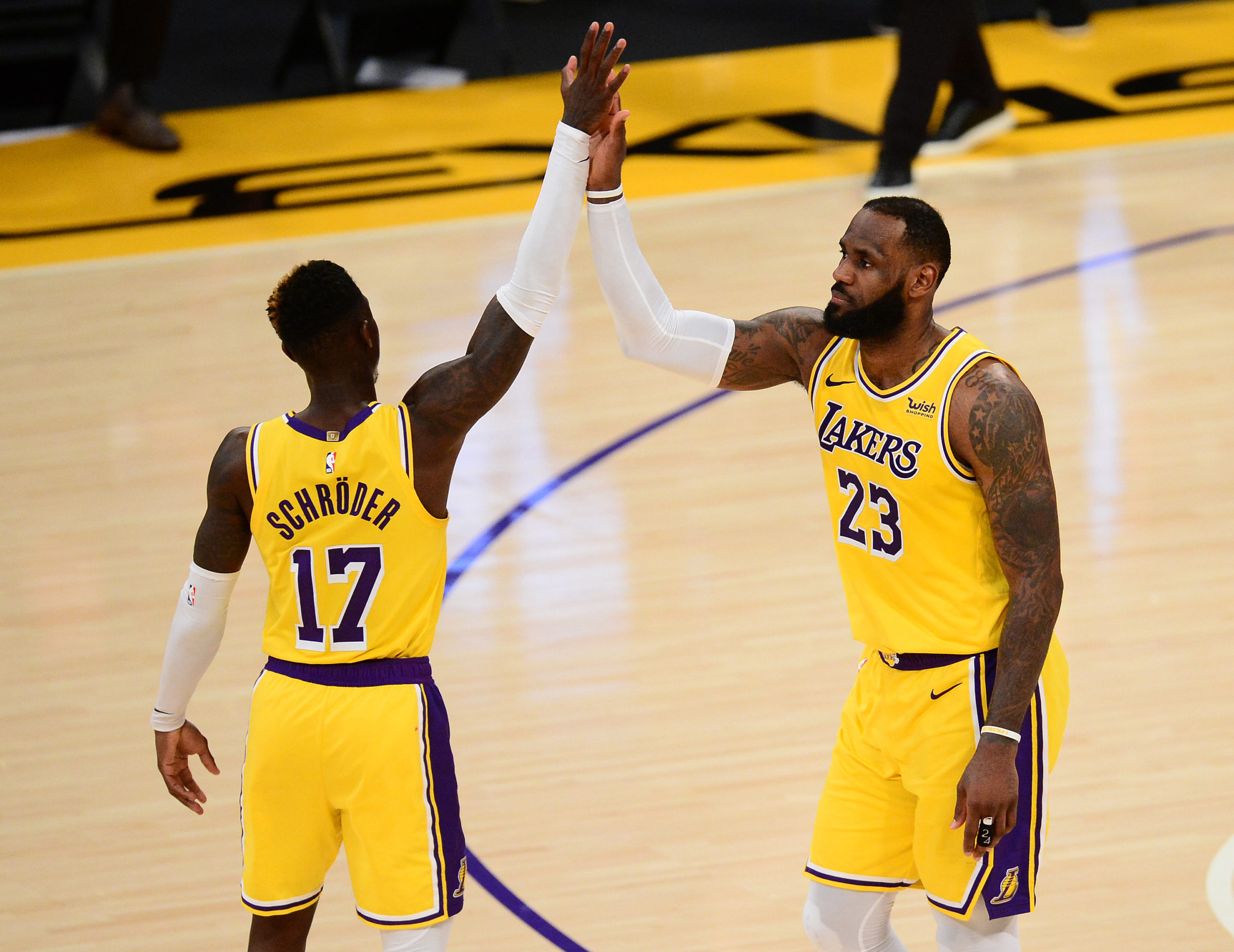 Recently, Adrian Wojnarowski also said that we could see LeBron James as soon as next week.

Anthony Davis also came after injury on a minutes restriction to play the 1st game of a 2-game miniseries between the Lakers and the Mavericks.

“You’ll see Anthony Davis still be on that 15-minute restriction in his second game back tonight, but that’ll start ramping up as we get closer to LeBron James’ return, which could be as soon as the following week,” Adrian Wojnarowski said.

LeBron James could return from injury as soon as this week, according to @wojespn.

How did LeBron James get injured?

LeBron James suffered an ankle injury in the second quarter of the Lakers contest against the Hawks. He is out indefinitely.

He stayed in the game and knocked down a 3-pointer before heading to the locker room, but the team announced he will not return to the game.

LeBron James stats: LeBron is enjoying an MVP-calibre season, averaging 25.8 points, 8.1 rebounds, and 8.0 assists per game, leading Los Angeles to the second-best record in the NBA despite missing his star counterpart for nearly half of the team’s games.

Even more impressively, at 36 years old, in Year 18, James has only missed one contest this season.