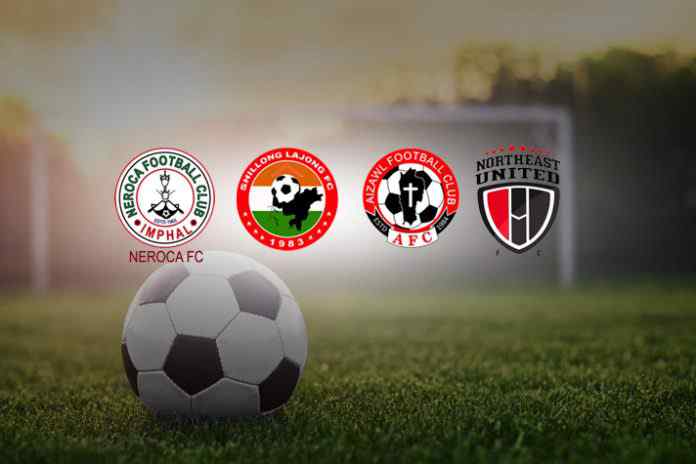 The top football clubs from the North East are planning a pre-season regional football tournament.

Three I-League clubs from the North-Eastern states and the John Abraham-owned Indian Super League line-up North East United have reportedly agreed to come together for a pre-season tournament in the hill States. Defending champions Aizawl FC, Shillong Lajong and recently promoted Neroca FC are the I-League clubs to join hands with the NEU FC for the mega-regional tournament.

The tournament – North East Cup – is all set for a 2018 start as a build up for the regional giants for their respective major league challenge.

The teams somehow could not materialize their plans to kickstart their dream venture this year. “The plan was to hold it this year but it didn’t happen. Talks have been positive but we are yet to confirm the dates and the exact number of teams,” scroll.com has quoted a North East United spokesperson as saying.

Neroca owner Noaba Thangjam has termed the tournament as an important step to further boost the extremely popular sport in the region. “We want a dynamic tournament where our players can showcase their skills. We don’t want to restrict it to one region either. We want to hold the tournament for the first year right here [in Imphal], then move to Meghalaya, Mizoram or Guwahati the next year and so on,” said Thangjam on future plans for the tournament.

The Manipur side has already played North East United at the Khuman Lampak Stadium in Imphal this pre-season. They are scheduled to meet Aizawl and Lajong FC in the I-League.

Bhaichung Bhutia-owned Sikkim United and I-League division two side Langsning are the other two sides are tipped to join the event that’s being viewed as the biggest football event in the region.