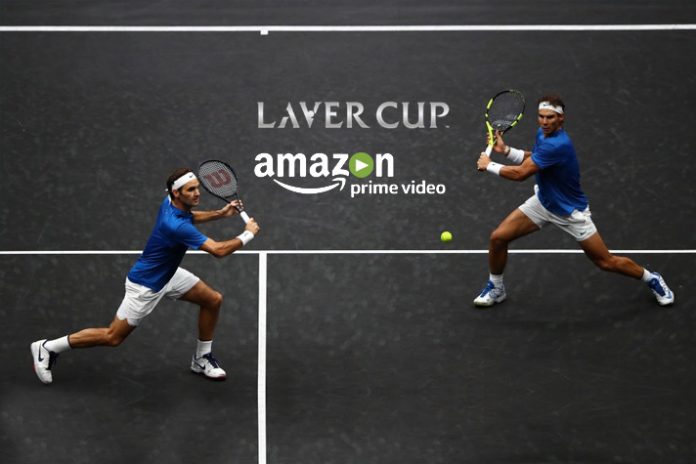 The deal will see Amazon Prime Video stream all Laver Cup matches live and on-demand to Prime members in more than 200 countries and territories. The second edition of the Laver Cup will be staged at the United Center in Chicago from September 21–23.

For this year’s edition, Roger Federer and Novak Djokovic will lead Team Europe, and Juan Martin del Potro, John Isner, Kevin Anderson, Diego Schwartzman and Nick Kyrgios are confirmed for Team World, with further player announcements to be made in the coming weeks.

Also Read: With US Open rights in kitty, Amazon is the tennis destination of UK

Laver Cup organisers have retained over-the-top (OTT) rights in all broadcast television deals, a decision which the organisers have described as a ‘breakaway’ from the conventions of sporting broadcast deals.

Laver Cup content will be available across hundreds of devices on the Prime Video app for TVs, game consoles, set top boxes and connected devices, including Amazon Fire TV, mobile devices and online.

Additional content for Prime Video is coming soon, including a specially produced, high-end mini-series that will feature behind-the-scenes Laver Cup content with players and captains, states the official release.

CEO of TEAM8, and Laver Cup Chairman, Tony Godsick said, “The Laver Cup and Amazon Prime Video are a natural fit for each other. Both have a reputation for being innovative, world-class and high-quality global brands.”

“For us to partner with a company that is on the forefront of both media and commerce is so exciting. We look forward to working with Amazon to deliver the Laver Cup to key markets and connect with a broader global audience.”

Greg Hart, Vice President of Prime Video, “Prime members are passionate sports fans. We are happy to add the Laver Cup to a broad selection of compelling, live and on-demand sports content for our global customers.”

With digital rights to ATP finals and all the four Grand Slams, Amazon Prime Video has now established itself as a hub of premium tennis content from across the globe.