The American, who beat Roger Federer in the Swiss great’s last competitive match on Friday, proved a fly in Europe’s ointment once again with a scintillating victory.

He was outplayed in the first set but roared back to win 1-6, 7-6(11), 10-8 to give Team World an unassailable 13-8 lead. Team World, who had lost the four previous editions of the team event, began the day trailing 8-4 but Canada’s Felix AugerAliassime stunned Novak Djokovic 6-3, 7-6(3) having earlier partnered Jack Sock to a 2-6, 6-3, 10-8 victory against Andy Murray and Matteo Berrettini.

“I kept saying all week… that this was our year.”

Tsitsipas had the chance to take the match to a deciding singles, but Tiafoe was inspired in front of a raucous O2 Arena crowd who loved his showman antics.

After winning the match point he collapsed to the court and was buried under a pile of his team mates and captain John McEnroe who then treated the crowd to some dance moves. 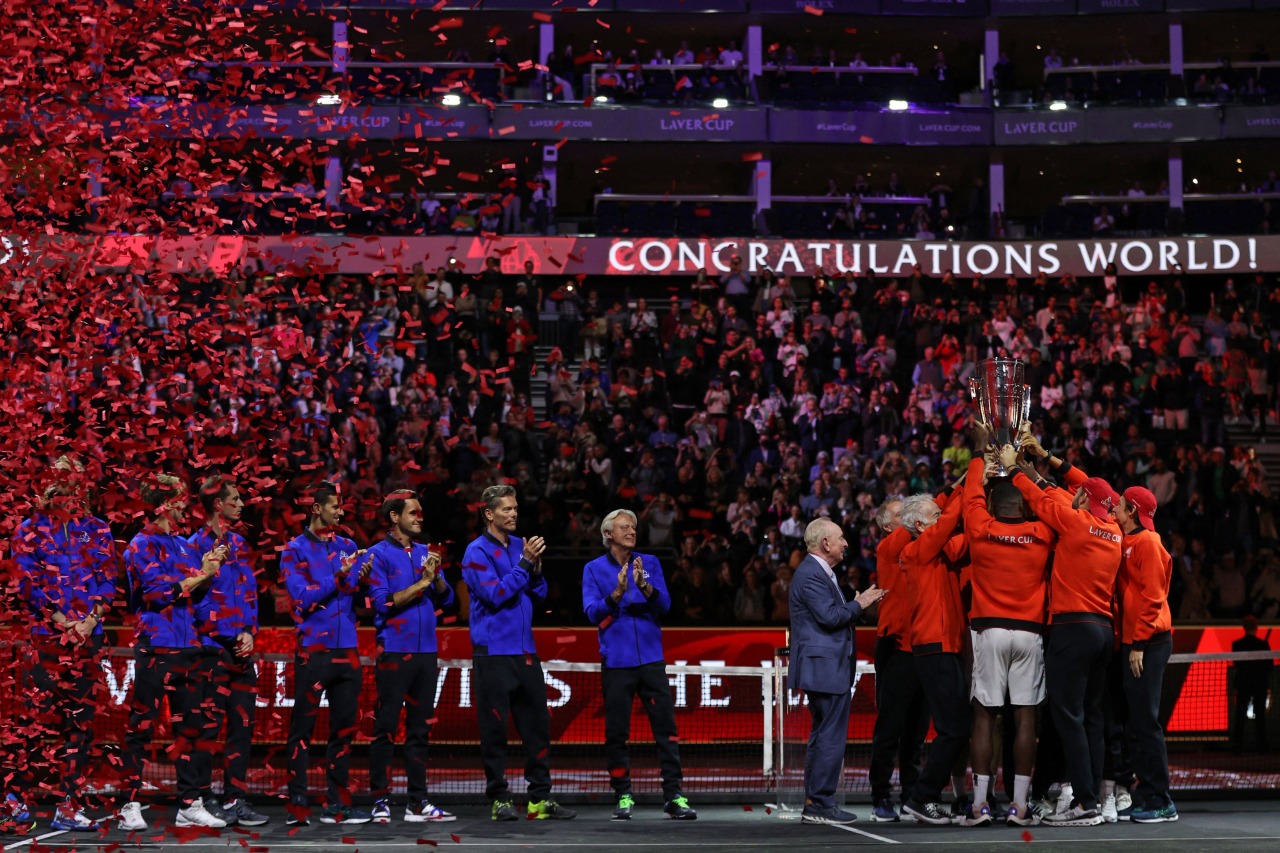 “It’s an unbelievable feeling,” Tiafoe, who reached the US Open semi-final said on court. “John McEnroe dropped a lot of F bombs saying we can’t lose again. Felix beat Novak today and we all did it together, it wasn’t just me.”

McEnroe was clearly overjoyed to finally end a long wait to taste victory and get one over old rival Bjorn Borg who was captain of a Team Europe side who were big favourites.

“No one beats Team World five times in a row,” the American said. “Felix stepped up big time.

“Frances is prime time, we saw that at the US Open.

“This is an incredible team event and I’m loving every second of it.”