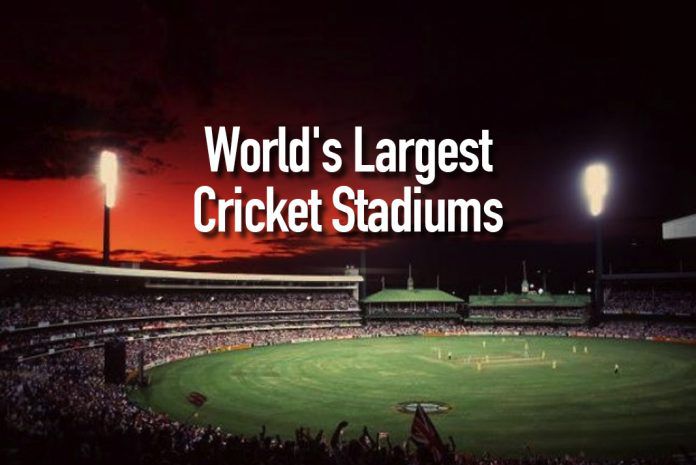 India is not just number one cricket market in the world, in ranking charts for international cricket teams, but also way ahead of others in cricket infrastructure too. As seven of World’s 10 highest-capacity stadiums are in India. Here are the largest cricket stadiums in the world. Feroz Shah Kotla and MCA Cricket Ground Pune have a similar 55,000 capacity at the joint 7th place, while JLN Stadium Kochi and DY Patil Stadium at Navi Mumbai hold joint fifth position for their 60,000 seats apiece.

This takes the top ten tally for world’s highest capacity stadium to 12 giant cricket infrastructures, four of which are in Australia – including the biggest one Melbourne Cricket ground. Here is the top-10 list: 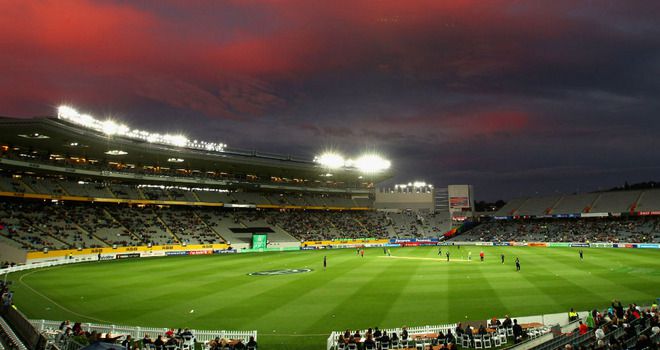 Located in New Zealand’s largest city, Auckland , Eden Park is one of the largest stadiums in the country with a capacity of around 50,000. The ground resembles a baseball diamond, which can flummox visiting captains in their field placement. 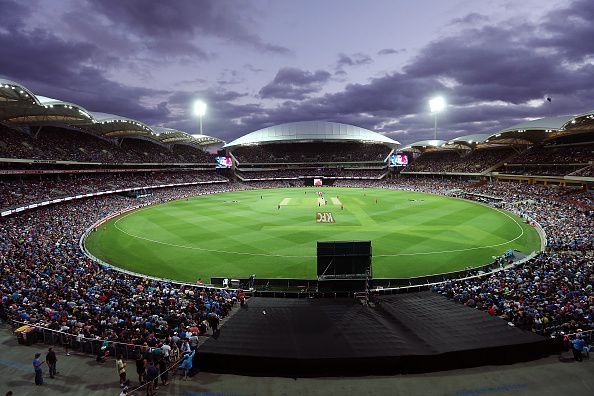 The Adelaide Oval remains one of cricket’s most picturesque international venues despite recent developments to increase the capacity and upgrade the facilities. Its position, situated amid gardens and trees and with the spire of St Peter’s Cathedral as a backdrop, gives it a quintessentially English feel. The overall capacity of the ground is estimated to be around 53,500. 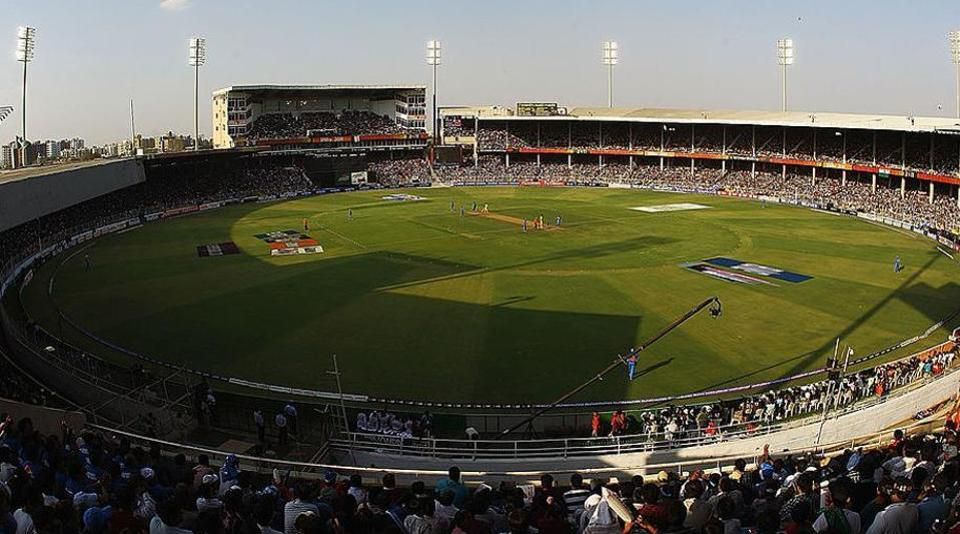 Built on the banks of the Sabarmati river on the outskirts of Ahmedabad, the Sardar Patel Stadium is an imposing structure which can accommodate about 54,000 spectators. The stadium is under renovation right now, and it will change the current capacity to overshadow MCG’s. 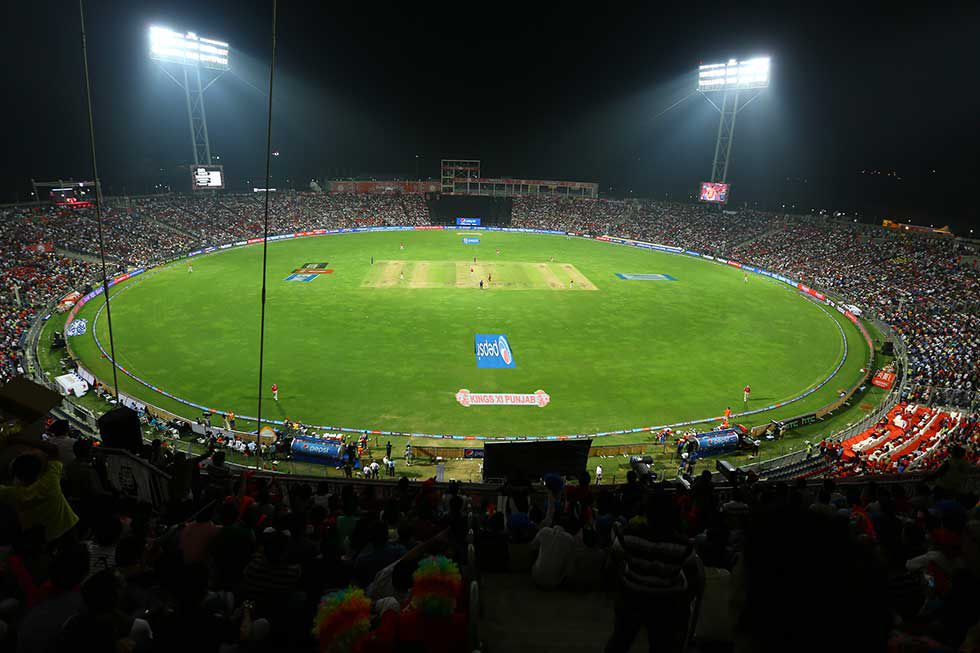 The Maharashtra Cricket Association Stadium (also or formerly known as Subrata Roy Sahara Stadium) is a cricket stadium located at Gahunje near Pimpri Chinchwad Maharashtra, India. Hopkins Architects of London was commissioned to design a new stadium in Pune. The ground was completed around 2012 and it can hold upto 55,000 spectators. 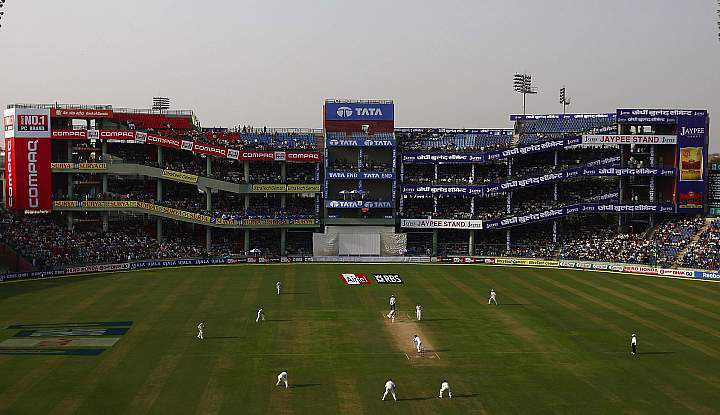 Established in 1883, the Feroz Shah Kotla – run by the politicised Delhi & Districts Cricket Association (DDCA) – has witnessed a number of feats, most notably Anil Kumble’s 10 wicket haul in an innings against Pakistan. The ground has a seating capacity of around 55,000 spectators. 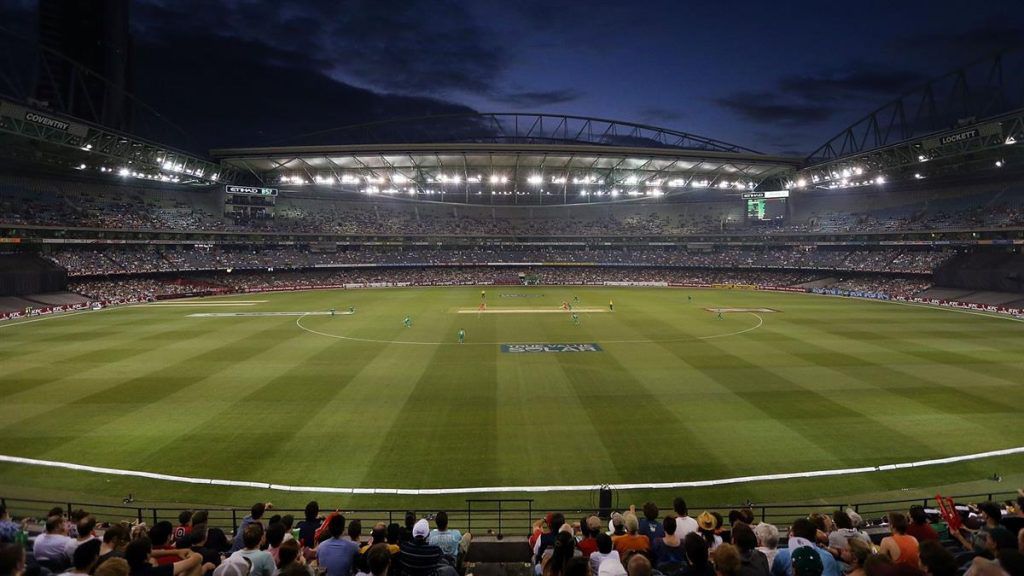 Docklands Stadium (also known by its former sponsored names of Colonial Stadium and Telstra Dome as well as its current sponsorship name of Etihad Stadium) is a multi-purpose sports and entertainment stadium in the Docklands precinct of Melbourne, Victoria, Australia. Along with cricket and many other sports, it also hosts concerts for famous artists and has a seating capacity of around 56,000 people. 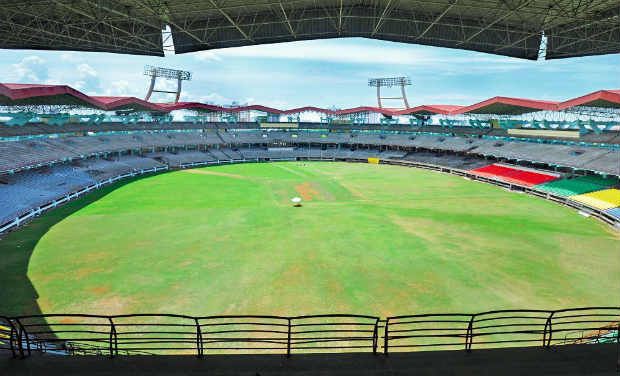 The Jawaharlal Nehru Stadium at Kochi, unusual for a cricket ground in India in that it is the home ground not just of the Kerala state Ranji team but also of the football club FC Kochi . Architecturally the stadium is distinctive, with giant convex floodlight pylons arching over the ground, over stands consisting of several tiers, making for a furnace-like effect when the ground is at all of its 60,000-strong capacity. It is also the host for U-17 FIFA World Cup Matches. 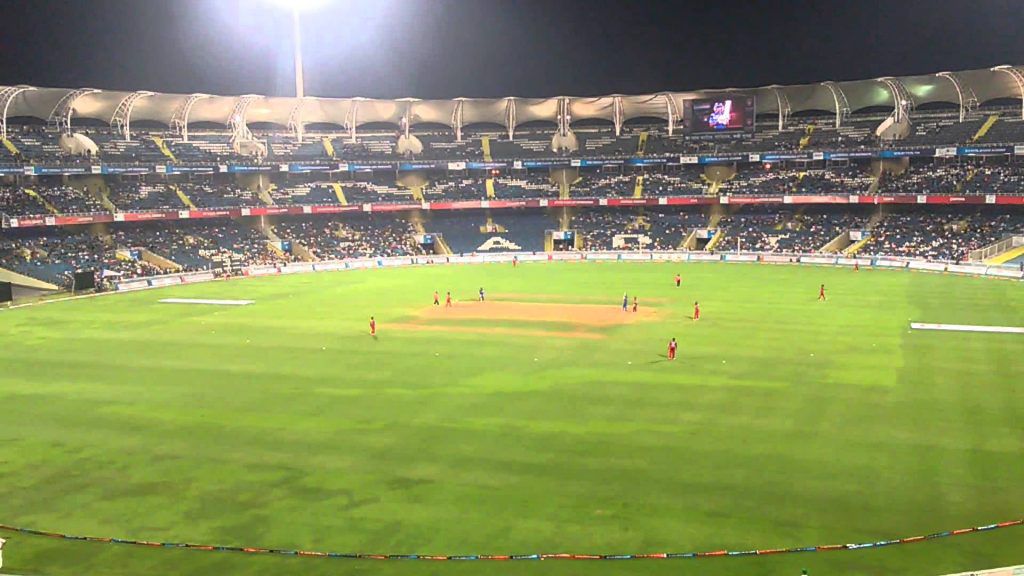 Mumbai’s third after Wankhede ,Brabourne, and newest, full-fledged cricket stadium stands out for its design and its spectator-friendly seating arrangements. The capacity of 60,000 makes it the third-largest cricket ground in India and, to make sure each spectator has a comfortable and clear viewing experience, the entire ground has bucket seats and cantilever roofs that eliminate the need for columns. 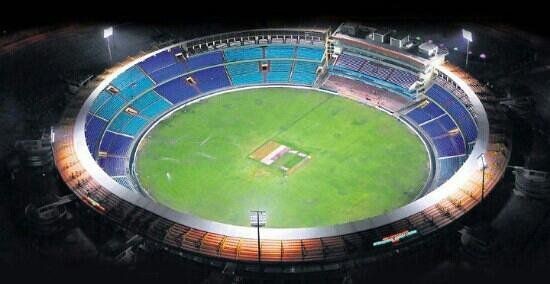 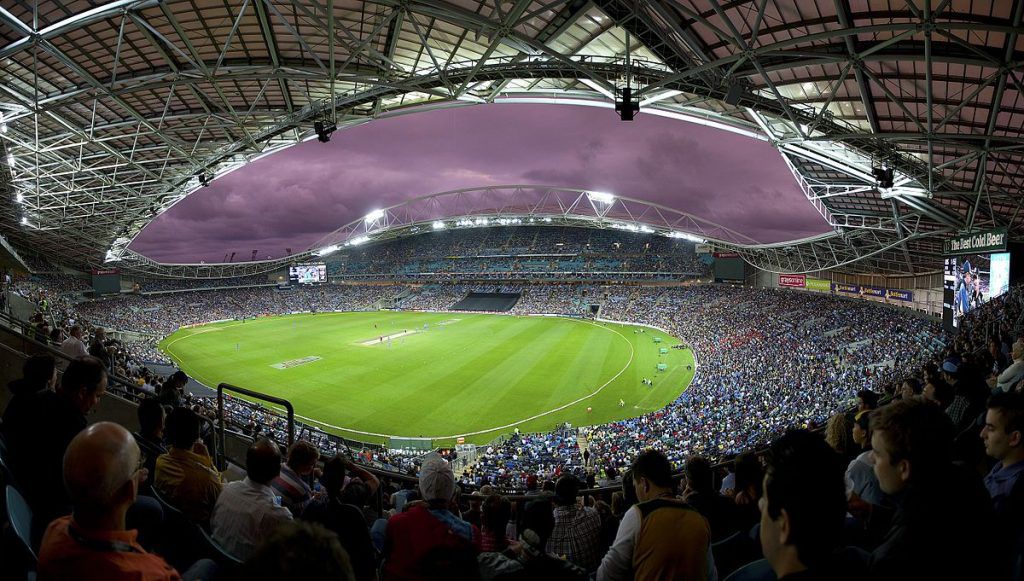 Stadium Australia, commercially known as ANZ Stadium and formerly as Telstra Stadium, is a multi-purpose stadium located in the Sydney Olympic Park, in Sydney, Australia. The stadium is a host to multiple sporting events, cricket being one of them. The stadium has a seating capacity of around 83,500. 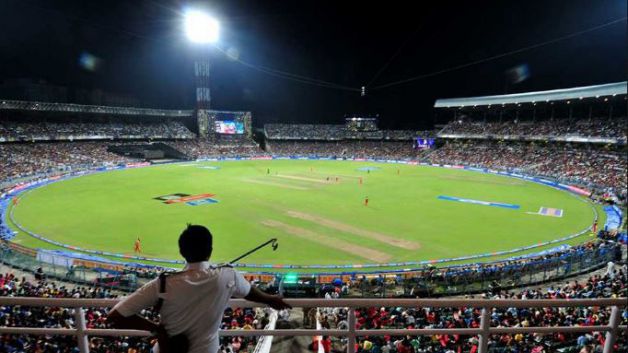 Along with the MCG, the Eden Gardens remains cricket’s answer to the Coliseum. The Eden Gardens crowd simply loves their sport. The first World Cup final outside Lord’s was at this majestic venue.This majestic stadium can host upto 90,000 cricket fans. 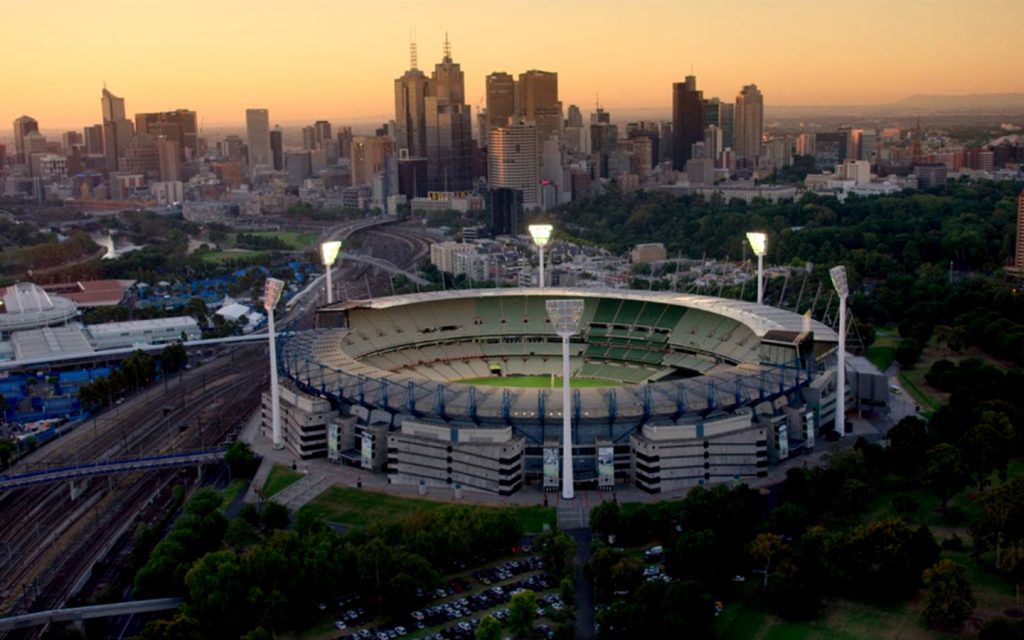 The Melbourne Cricket Club, founded in 1838 was forced to move several sites, before it could finally choose the current location, in Yarra Park, Melbourne, Victoria, to build the epic Melbourne Cricket Ground (MCG) stadium in 1853. The MCG, currently is the largest cricket stadium in the world. It is also the 11th largest sports stadium in the world. Cricket, Rugby and Australian Rules Football are the major sporting events held regularly at the MCG. MCG can host more than 1,00,000 fans.