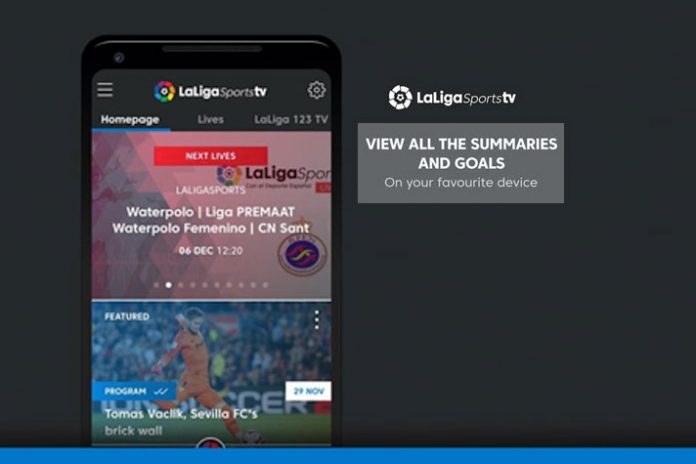 Spanish top flight league LaLiga is set to change the sponsorship model of its OTT platform – LaLigaTV – to boost sponsorship revenue, which has witnessed a steep fall in 2017. LaLiga has tied up with Samsung’s smart TV platform for the new three-year project.

The LaLiga has renamed its OTT service LaLigaTV as LaLigaSportTV to allow sport beyond football on the platform. The move is part of a change in strategic direction for the service.

As part of the revamped platform, sports like handball, indoor soccer, basketball, water polo, badminton and hockey will allow to have their channels on the LaLiga OTT platform, according to a Sportspromedia report. It is believed that more federations will opt to join the platform, which has been handed an annual purse of €3 million (US$3.4 million) by La Liga.

The move will see the federations whose sports are broadcast on LaLigaSportsTV receive increased exposure, while also improving their data collection capacity and consequently ability to feed sponsors more detailed user information, states the report.

La Liga president Javier Tebas said of the relaunch: “We compete with Netflix and HBO, who have stolen a portion of the Spanish pockets to entertain them. We have to entertain better than them, because they are competition. That’s why we have invested in improving the retransmissions, to attract more.”