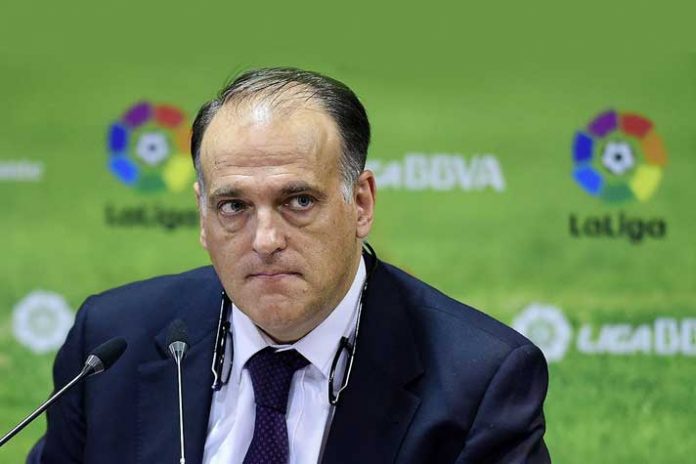 LaLiga has threatened legal action against the FIFA after council members had rejected the Spanish Premier Division football leagues’ proposal to host some of its games in the USA.

With no respite from strong opposition faced by LaLiga to stage league fixtures in the United States, the Spanish top flight soccer body has threatened legal action against FIFA after it disapproved the proposals in a recently-concluded meeting of its council members in Rwanda last week.

LaLiga has said that it will move to the Court of Arbitration for Sport (CAS) amid ongoing tussles with the world’s soccer governing body to stage the Barcelona vs Girona tie of matchday 21 fixture in Miami, Florida, on January 26, 2019.

FIFA, reiterating president Gianni Infantino’s concern, has said that the proposal was rejected on the grounds that the official league matches must be played within the territory of the respective member association.

However, LaLiga has remained defiant in its stance. “Should we receive official notification from FIFA that they prohibit the match, we will take the case to the Court of Arbitration for Sport with urgency,” said LaLiga in a strong reply to FIFA’s move.

Despite Infantino’s statement, football’s world governing body has not yet formally banned the proposal, while Fifa’s permission for the game to be staged there is not believed to be mandatory.

LaLiga’s US expansion plans also suffered a strong blow last month after the Royal Spanish Football Federation (RFEF) has rejected the proposal for staging the Barcelona versus Girona tie in Miami, a week after LaLiga submitted an official request for permission.

Spanish FA chief Luis Rubiales has also urged FIFA to intervene and oppose such move on the grounds that the move, part of 15-year deal with Relevent Sports to grow the Spanish league in North America, was not discussed with important stakeholders before agreement with the US-based sports agency and that an overseas league match is not in the fans’ best interest.

While the plans still remain in a limbo, it still needs to get approval from the UEFA, CONCACAF, Spanish sports council, and the US Soccer Federation.

LaLiga president Javier Tebas, however, still finds all the opposition unwarranted. “I’m still asking myself this, why so much resistance to a business strategy?” he has been reported as saying. “I think a lot of it is cultural. Cultural in that the bureaucracy that football has built is very different than the American sports leagues.”

With many criticising the proposal seen as threat to Major League Soccer (MLS), the top division of US soccer, Spanish government has also joined the roster with strong dissent, fearing that a match between two Catalan teams could be used as a publicity stunt for the region’s independence movement.