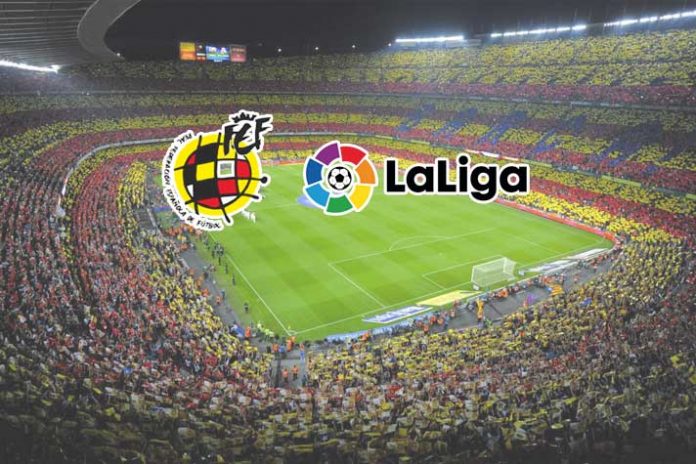 Determined to stage the Barcelona–Girona top tier tie in Miami, Florida, on January 26, LaLiga has reportedly taken the Spanish Football Federation (RFEF) to court over its refusal to grant sanction to the much-hyped duel.

The governing body of the top two divisions of Spanish club football, LaLiga is expecting the court verdict in time to move ahead with its plan to stage the “controversial” duel in Miami. LaLiga’s Miami match plans have faced opposition from various quarters, including the Spanish players body, the national governing federation for football in Spain and the European governing body for football UEFA.

The elite body for club football in Spain, however, is determined to stage the match in the USA.

A Madrid commercial court and LaLiga have reportedly confirmed that LaLiga has filed the lawsuit against the RFEF, accusing it of unfair competition. The court said it is expected to rule on the matter over the next fortnight.

LaLiga, however, has not disclosed any more details about the law suit.

LaLiga needs approval from the RFEF to stage the match, but the federation has yet to rule on the matter despite a request having been lodged months ago. LaLiga last month vowed to go to the Court of Arbitration for Sport over the matter after the Fifa Council voiced its opposition to the plan.

LaLiga’s plan is also not taken well by the world governing body for football – Fifa. President Gianni Infantino had recently stated that the Council of world football’s governing body backed the principle that “official league matches must be played within the territory of the respective member association”.