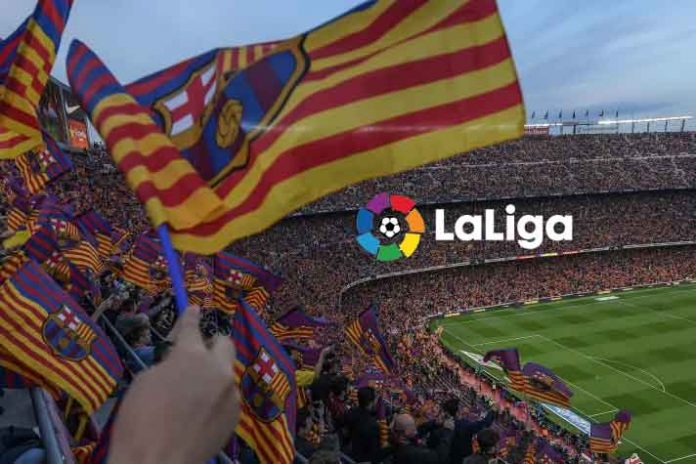 Spanish top division football league, LaLiga has announced at 1.53% attendance growth at the LaLiga Santander and LaLiga SmartBank stadiums during the first half of the 2109-20 season.

The total attendance at the games during the season so fare is reported to be 7,605,952 in. This record-breaking figure represents an increase of 85,727 in the number of fans who attended stadiums at the same stage of last season and a year-to-year rise of 1.53%.

However, while the record number fans have watched the LaLiga games LIVE in the stadiums, the audience growth rate has been second slowest in the past seven years. LaLiga in-stadia attendance ever since the 2103-14 season has registered the best growth of 4.22% in 2014-15. It was the lowest at 0.26% in 2017-17. The attendance in the last season has grown at 3.77%. 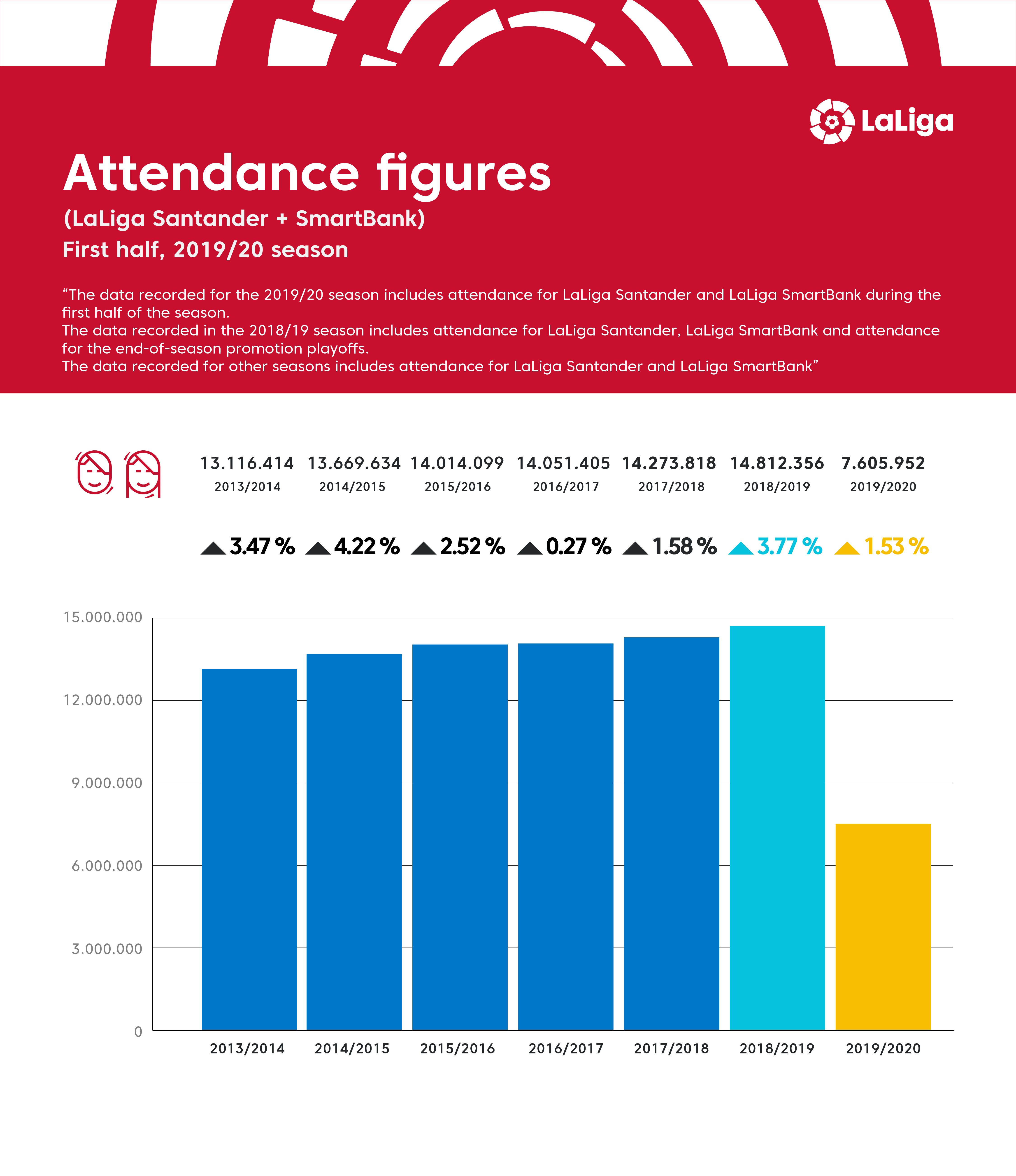 In LaLiga Santander, the figure of 5,398,206 in-stadium spectators shows a 5% increase on the number recorded at the halfway point of the 2018/19 season, with 255,086 more fans attending games, LaLiga has stated in a Press release.

Meanwhile, LaLiga SmartBank has posted record stadium occupancy rates at this stage of the season in comparison with previous campaigns, achieving levels of 51.6%. The stadiums of the clubs competing in the Spanish second tier in the 2019/20 season boast bigger capacities than the arenas that hosted games in the 2018/19 campaign, with the total number of spectators now exceeding the 2.2-million mark.

Average stadium occupancy rates across the LaLiga Santander grounds have also risen during this period and sit at 74.3%, with an average of 28,412 in-stadium spectators.

The total stadium occupancy rates across the two divisions jumped from 61.4% in January of the 2019/20 season to the current 65.9%.

LaLiga has set itself a target of breaking new ground by surpassing 15 million in-stadium spectators across the two leagues. This would represent a significant rise from the figure of 13.1 million recorded at the close of the 2013/14 season.

“We have gone from having 3.9 million followers after the 2013/14 season to currently have 100 million ‘followers’, a historical figure that represents about 47,000 new followers a day,” said the director of Digital Strategy of LaLiga, Alfredo Bermejo. “Without a doubt, this success has been thanks to the human team behind LaLiga’s social networks and to all the departments that support and collaborate in their development. They have been able to detect the needs of the users and offer them interesting and quality content, which in turn has served to position LaLiga nationally and internationally in the best possible way, “Bermejo explains.