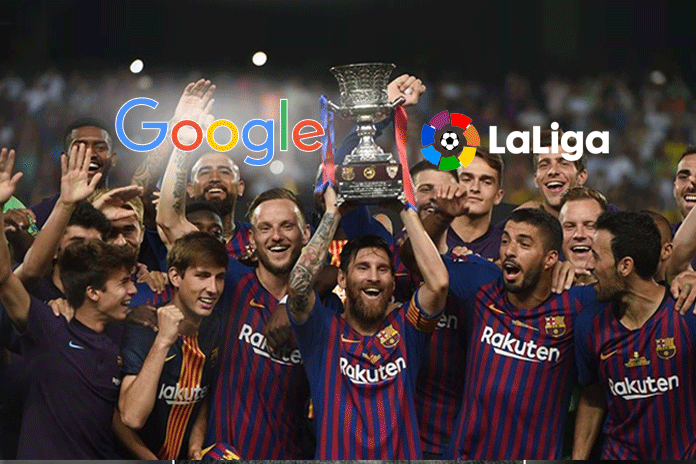 The Spanish top-flight football league LaLiga has announced a partnership with Internet and technology giant Google in a bid to protect its safeguard its media rights portfolio from illegal streaming websites.

The agreement will see LaLiga working with the search engine to block search results that list known pirate Internet Protocol television (IPTV) services, which have the capacity to stream live television and live media, with or without related interactivity.

The crucial move by Spain’s top division football body comes as it is poised to earn around $8.2 billion from media rights revenue over the course of its established contracts. Google already has begun blocking search results that list known pirate IPTV services.

The blocking policy blocks not just individual pages, but also known pirate websites, including FAQ and About Us pages having illegal content at its source. Every streaming source that is not officially linked to La Liga is flagged and removed by Google.

This comes after a recent report, based on the research during FIFA World Cup 2018, revealed that over 40,000 incidents of illegal streaming and piracy had occurred during the month-long tournament this summer, out of which Facebook accounted for 8,462 alone.

“Among the channels they offer, we can find audiovisual content of the football competitions corresponding to the National First and Second Division League Championships, and/or the SM King of Spain Cup, competitions organised by the entity complaining here, the National Professional Soccer League,” LaLiga has said in its statement.