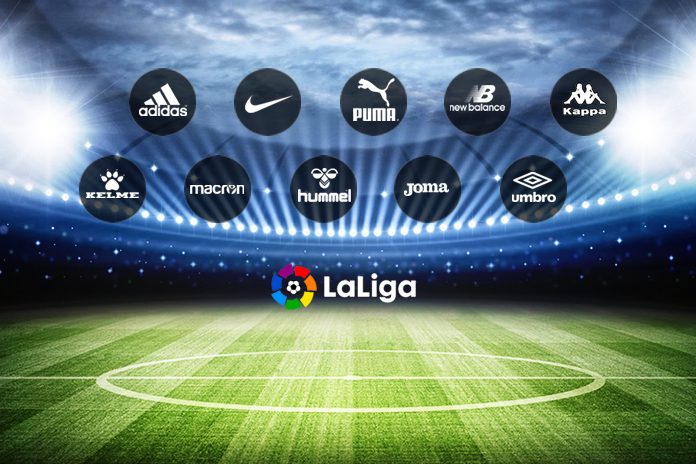 Nike is the highest spending brand in terms of the LaLiga clubs kit sponsorship while leading Spanish sportswear brand Kelme will be the most visible during the LaLiga action this season for signings with four teams – highest for any kit sponsor in Spain’s top division club football league.

Spanish top-tier football LaLiga remains far below the English Premier League in spite of some of the world’s top footballers, clubs with billion-dollar valuations and presence of some of the most exciting and eye-catching rivalries like El Clasico. 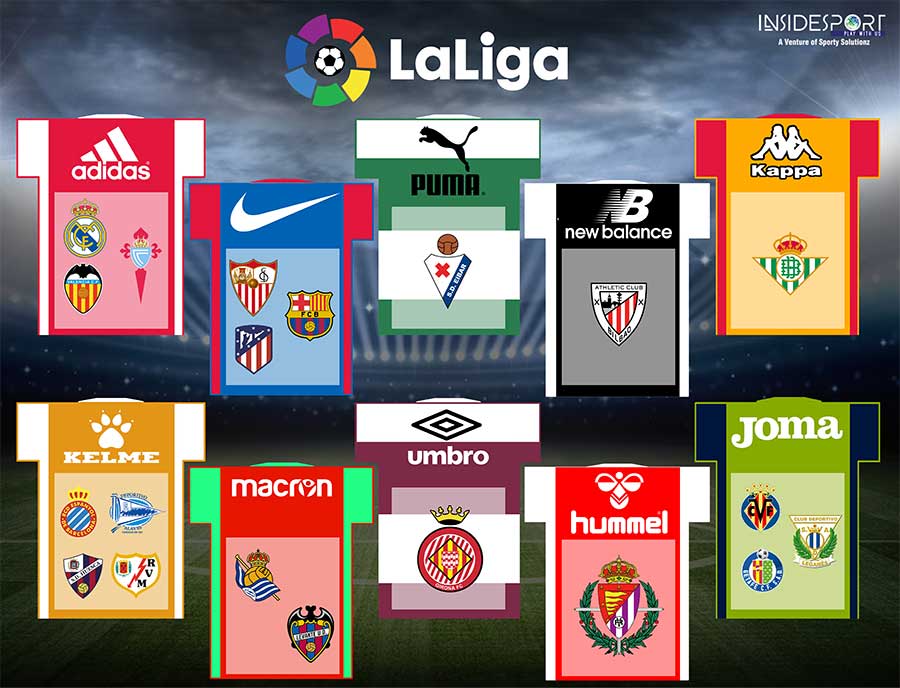 The second most expensive kit sponsorship deal in LaLiga was signed between the German sports goods major Adidas and Real Madrid in 2012. The $52 million per annum deal will run until 2020. The Spanish giants, Barca and Real Madrid, together attract a whopping $83.3% of the total kit sponsorship revenues of all the LaLiga clubs.

Adidas, however, comes to be the biggest loser when it comes to the number of clubs it represents this season as compared to the last one. German brand in the 2017-18 season has its brand logo embossed on five team kits. After Real Sociedad and Real Betis switched their allegiance to Italian sportswear brands Macron and Kappa respectively, Adidas is now left with three clubs, including Valencia and Celta de Vigo.

The popular Spanish brand Kelme, represented 4 out of 20 LaLiga clubs, is currently leading with its brand presence in the LaLiga 2018-19 season. Kelme has deals with RCD Espanyol, Deportivo Alaves and the two newly promoted clubs from 2017-18 Segunda Division – SD Huesca and Rayo Vallecano de Madrid. Kelme until last season has just one club –  Deportivo Alaves.

Next in the list is another Spanish brand Joma that sponsors the apparel of three LaLiga clubs – Villarreal, Getafe and Leganes. Joma also had RCD Espanyol until last season when its signed with its rival Spanish brand Kelme.

Bologna-based Macron has two clubs in its sponsorship portfolio this season – Levante and Real Sociedad. It also sponsors RC Deportivo that was relegated to the 2018-19 Segunda Division this year.

New Balance (Athletic Bilbao), Puma (SD Eibar), Umbro (Girona), Hummel (Real Valladolid) and Kappa (Real Betis) are among those brands that have kit sponsorship deals with just one club. While the American brand New Balance has lost one club form the last season (Sevilla). Hummel and Kappa are the new entrants among the other LaLiga club kit sponsors. Another Italian brand Acerbis is nowhere to be seen in 2018-19 season after the only club (Las Palmas) it sponsored was relegated to the second division this year.

LaLiga had grossed over $190 million last season in cumulative annual kit sponsorship revenues. This represents a meagre figure when compared to Premier League that is poised to cross $400 million in kit/sponsorship deal revenues this season. The numbers are almost two times the LaLiga combined kit deals.

In fact, the annual value of the record most expensive kit deal signed between Adidas and Premier League giants Manchester United is a whopping 68.42% of the combined kit sponsorship deals for all the 20 LaLiga clubs. The record $1.3 billion Adidas-ManU deal was signed in 2016 and is to run until 2026.