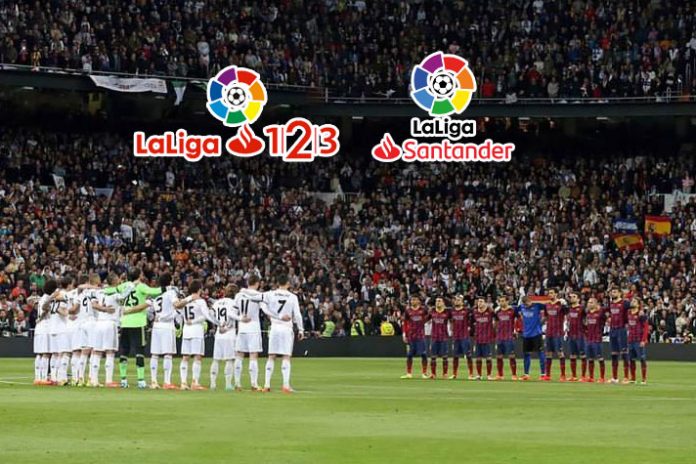 Spain’s top flight football league LaLiga has smashed the attendance record for the sixth successive season with almost 15 million fans attending the LaLiga Santander and LaLiga 1|2|3 stadiums during the 2018-19 season.

LaLiga Santander and LaLiga 1|2|3 stadiums had a total of 14,812,356 fans come through the turnstiles during the 2018-19 season, setting a new record which takes the competition ever closer to the 15-million mark, LaLiga has stated in a Press release.

It is the first time that LaLiga has registered a total attendance of 14,812,356, which is a 3.8% increase on the previous campaign, equating to 538,538 more across the two divisions.

For the sixth consecutive season, LaLiga Santander has managed to surpass the 10-million mark, with a total of 10,102,394 this time around. The figure shows a 0.7% decrease on the previous campaign, although during the second half of the season, 5.8% more fans attended stadiums (2,243,316) than in the corresponding period in 2017/18. 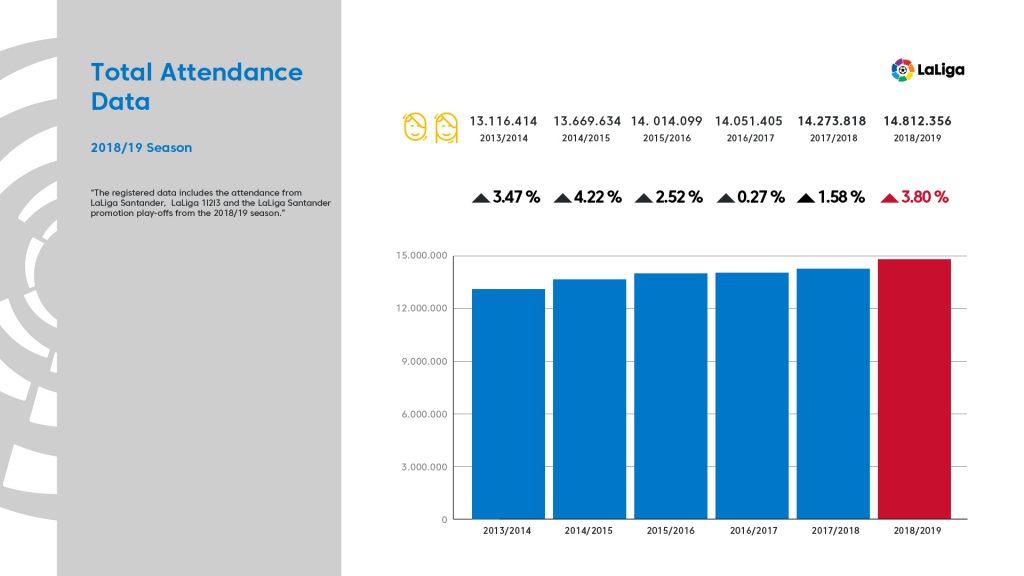 A total of 118,672 supporters attended matches during the LaLiga Santander promotion playoffs, a 2.2% increase on the previous year.

Average stadium occupancy at LaLiga Santander grounds is 72%, up by 2.7% compared with the previous season.

LaLiga continues to grow as an entertainment industry, with the fans’ sustained interest in taking part in the spectacle of Spanish football driving the upward trend in stadium attendance figures season after season.

LaLiga rolls out socio-educational project at refugee camp in Jordan