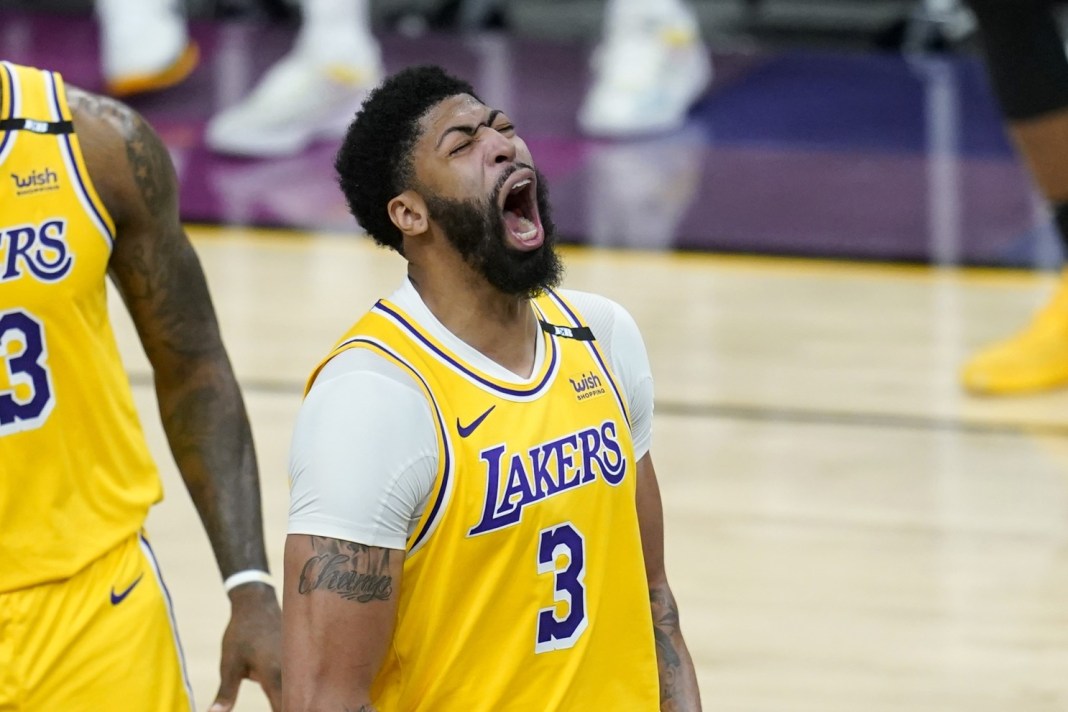 Anthony Davis Injury Update: Lakers vs Suns in NBA Playoffs: With the Playoffs on the line for the Lakers before Lakers vs Suns live Game 6, it was not certain whether Anthony Davis will be fully fit to play. However, LeBron James has encouraged the big man to not rush back from his injury.

However, according to Shams Charania, the Lakers star is expected to feature in the do-or-die Game 6 for the LA Lakers to try to keep them alive in the series.

Davis took the court twice before Game 5 in an effort to prepare his body but was not cleared for action. Haynes of Yahoo Sports reported that Davis was in clear pain working out on the floor and strived to move sideways.

James is still bargaining with a high-ankle sprain. He was limited to 24 points on the 9-of-19 shooting. Dennis Schroder assumed to pick up some of the scoring slack in Davis’ stead, went scoreless, and missed all nine of his shots.

But if there is a bright spot for the defending champs, it would be the return of Davis on Thursday night at Staples Center.

“Hopefully all the rehab and treatment that I’m doing pays off and the doctors clear me to go tomorrow,” Davis said Wednesday. “I’m getting more treatment tonight, tomorrow and I’ll talk to the doctors before and after I shoot, and hopefully, everything comes back good where they can clear me. That’s what we’re hoping for.“