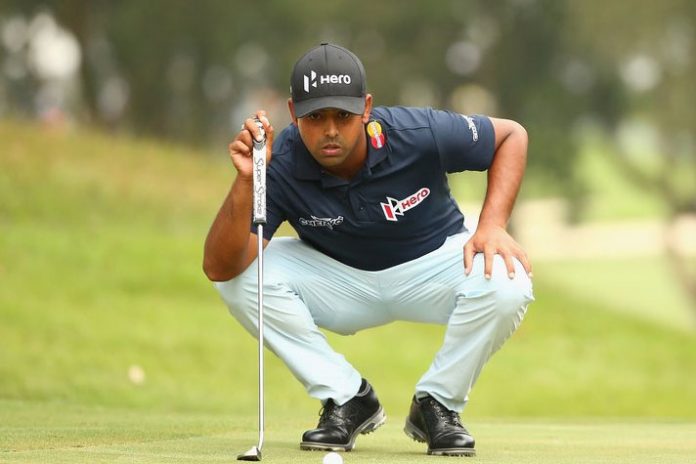 Anirban Lahiri missed a bunch of easy putts on the greens, many of them inside 10 feet, to finish one-under 70 in the first round of the AT&T Byron Nelson, here.

Lahiri was two-under after 17 but a bogey on ninth, his closing hole, saw him fall to one-under and Tied-81st, which will once again put him under pressure in the second round to make the cut.

Denny McCarthy shot a career-low 8-under 63 with 10 birdies over a 12-hole stretch after an early double bogey to take a one-shot lead over Tyler Duncan and Tom Hoge.

Three-time major champion Brooks Koepka, the No. 3-ranked player in the world, was among nine players at 65.

Lahiri hit 14 of 18 greens in regulation during his first round and had no less than five birdies, but he also gave away too many, four bogeys, to finish at 70 at the par-71 at the Trinity Forest.

He did open well with a nice approach shot to set up a birdie, which he converted. He saved a nice par despite missing the fairway on second but on the third he missed a nine-footer for par to drop a shot.

Two nice approaches on Par-5 14th and Par-4 16th fetched birdies and he was two-under.

He missed a seven-footer for par on 17th but that was quickly made up on Par-5 first as he benefitted from a free drop and then a good second shot and a chip for another birdie. Then a missed nine-footer for par on third meant only a par and then he left himself 14 feet for par and missed.

Once again he pulled himself up for a birdie on seventh, but on ninth, he went right and then left and a none-too-happy chip left him 28 feet for par and he two-putted for bogey.