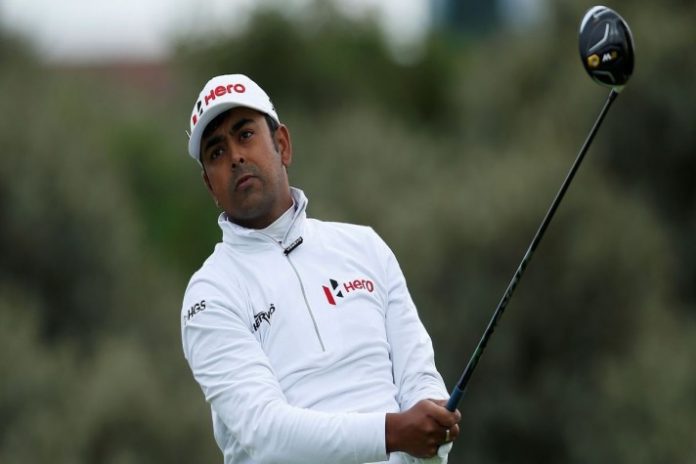 India’s Anirban Lahiri made two double-bogeys, one on each side of the tough Stadium Course to finish two-under 70 in the second round of The American Express Golf Championship.

After an early double bogey on the sixth, Lahiri who slipped to Tied 84th from overnight 74th, seemed to have recovered as he went on to birdie four times between the 12th and 17th holes to get to four-under for the day.

However, on the 18th after finding the fairway from the tee, Lahiri went into the right rough with a difficult lie. He did not come out well and then missed a bogey putt for a double bogey.

Lahiri (70-70) is four-under and the cut will be applied after the third round. He is playing at the La Quinta course, considered the easiest of the three courses in use this week.

His double bogeys were on sixth and 18th and in between he bogeyed the 15th while also missing four potential birdies.

Rickie Fowler, who is coming to The American Express for the first time in six years, compiled a fine 64 at the PGA West’s Jack Nicklaus Tournament Course and moved into a share of the lead after 36 holes.

He played his final nine in 6-under 30, making a 6-foot eagle putt on the par-5 fourth, four birdies and two big par saves on sixth and seventh.

He started the week with a 65 at La Quinta Country Club.

Scottie Scheffler also opened with rounds of 65 and 64 and is tied for the lead.

Tournament host Phil Mickelson after 70-72 needed a low round Saturday at the Stadium Course to make the cut while Andrew Landry was a stroke out of the lead after a 64 at La Quinta.

Tony Finau, made a big move with a 62 on the Nicklaus layout and got to fourth at 13-under after as he played his final nine in 7-under 29.