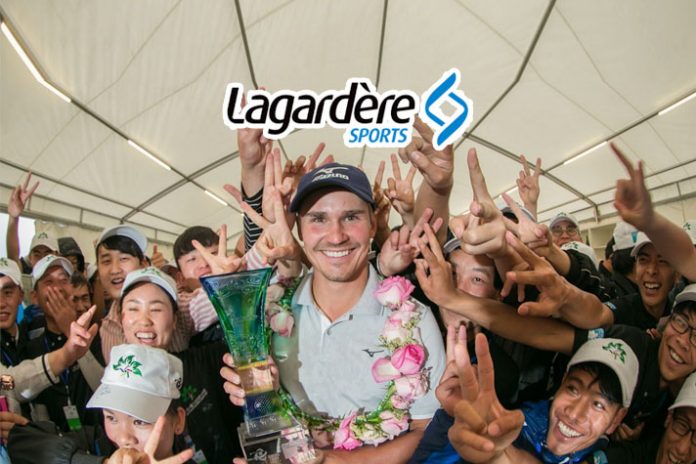 Lagardère Sports had announced it has signed a management and commercial representation agreement with Finnish golfer Kim Koivu. The 27-year-old who comes from Helsinki, Finland, has had an incredible first year as a professional golfer with three wins on the Challenge Tour in 2018.

It was only nine months ago that Koivu turned to the professional ranks of golf having reached the final stage of the European Tour Qualifying School at the end of 2017. This achievement secured his playing rights on the Challenge Tour for 2018 and he took immediate advantage with a top 15 finish at his very first event in Kenya.

Koivu followed that up by winning his second event, the Belt & Road Colorful Yunnan Open in China. Just four months later Koivu showed his class again by winning two more tournaments within a three week period. His first victory came on home soil at the Vierumaki Finnish Challenge and just two weeks later he claimed the Rolex Trophy by an impressive six shot margin.  His three Challenge Tour wins have propelled him to the European Tour for the remainder of the 2018 season and will also provide an exemption on the European Tour in 2019.

Prior to turning professional, Koivu spent four years studying in the US, firstly at Brevard College and then at Georgia Southern University. He also played on the Nordic League as an amateur in 2017. As both an amateur and professional he has been coached, supported and advised by the Finnish Season Golf Academy.

On signing contracts with Lagardère Sports, Koivu was delighted to be announcing his new management company: “I’m so happy to be signing with Lagardère Sports. They have a great set up in Europe and in the US and I am excited that we have this team in place for the next steps of my career.”

Jamie Salmon, Head of European Golf, Lagardère Sports added: “We’re delighted to have signed Kim and we welcome him to our team of golf clients. To have won three times during his first year as a pro shows that he is a special talent with a very bright future ahead of him.”

Lagardère Sports has a dynamic portfolio of golfers that it represents for career management and marketing, including six players in the top 50 of the Official World Golf Rankings. The agency also manages a number of professional golf events around the world, such as the Safeway Open and Career Builder Challenge in the U.S., the Nordea Masters in Sweden, the Singapore Open and the Australian Open. It also has a dedicated consulting team providing services for brands and properties involved in golf.